Crossing Over is a choral work for a project community choir, accompanied by audio recordings of voices, mobile telephones and ocean drums played through three speakers. Crossing Over can also be experienced as a surround sound installation. In each realisation, the work is to be experienced in darkness. Crossing Over was performed by a project community choir comprising refugees, asylum seekers and British-born people in Thanet, Kent, where attitudes towards refugees and asylum seekers continue to be a contentious issue. Crossing Over explores the concept of ‘home’ as a vehicle to unite contrasting views on the refugee crisis. It was inspired by interviews with refugees and asylum seekers, and features vocal techniques from their musical cultures.

Commissioned by: Turner Contemporary with the support of Canterbury Christ Church University. Commissioned to premiere as part of a day long event in commemoration of the Zong Massacre as depicted on J.M.W. Turner’s painting The Slave Ship (1840), and to complement John Akomfrah’s film installation Vertigo Sea, which explores migration and lives lost at sea.

PhD: Crossing Over is included in my PhD ‘Creating Accessible, Inclusive and Engaging Musical Works Through Experimental Processes in the Community‘.

An open call was placed asking people to answer the question: ‘What does home mean to you?’ People were invited to recorded their response on their mobile telephone and send it to be by text message, social media channels, or as a voicemail. The open call went viral and received over 3000 responses, of which 302 featured in the work. This playlist features a short sample of recordings submitted.

The following resources were created to support participants in learning Crossing Over.

These rough demos made learning the work accessible to participants to learn without the requirement to read sheet music.

The audio triggers play back the recorded voices and sound effects that accompany the work. They are triggered by the conductor at 6 specific trigger points, marked in the score as P1 – P6. They play back through 3 speakers: centre, right and left.

Audio trigger rehearsal parts: For the purpose of rehearsing, I bounced the audio for each of the three speakers into a single mono file.

Singers could opt to learn the work by ear, from a musical score and/or with the cue cards demonstrated below. The musical score will be available to view in July 2020. 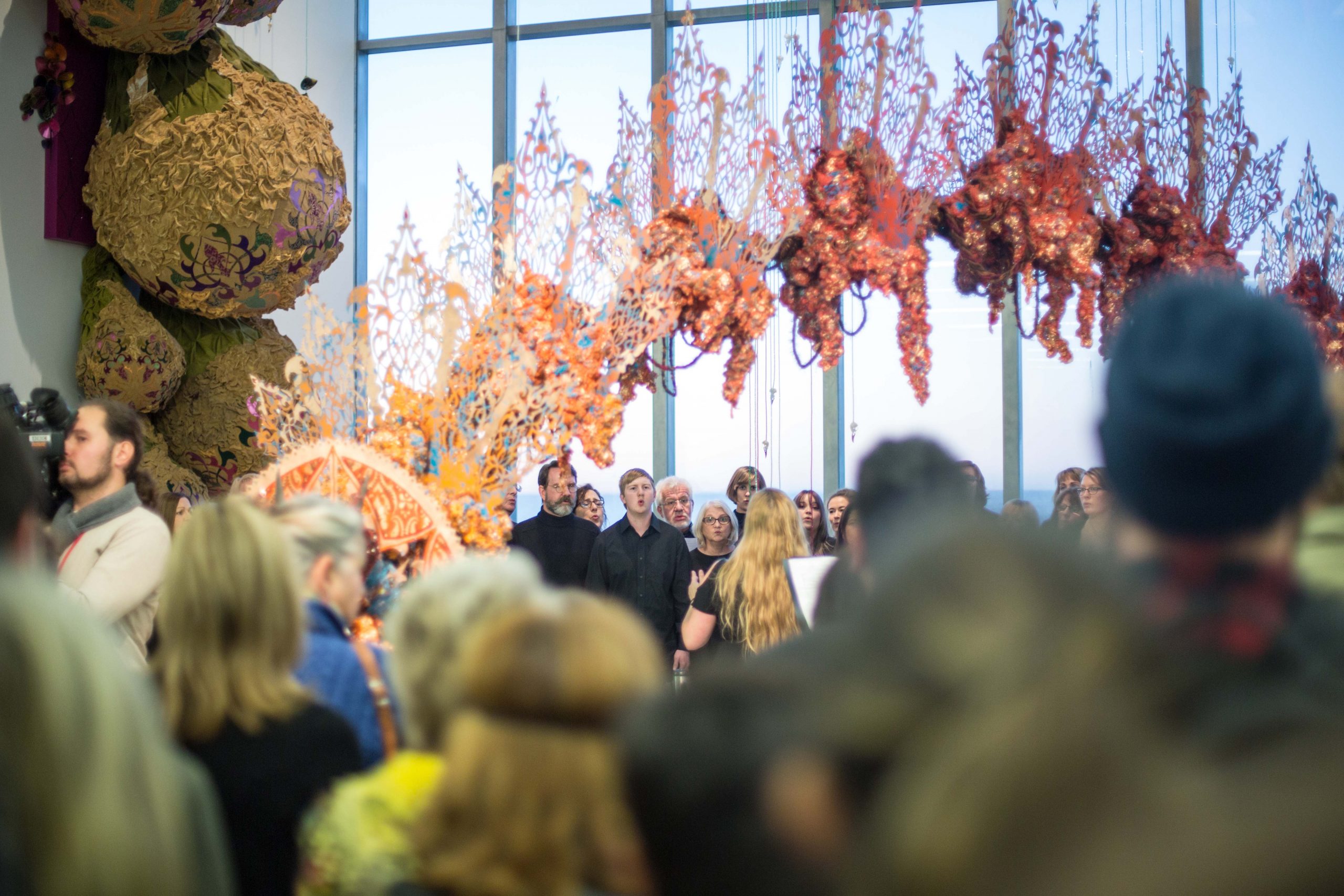 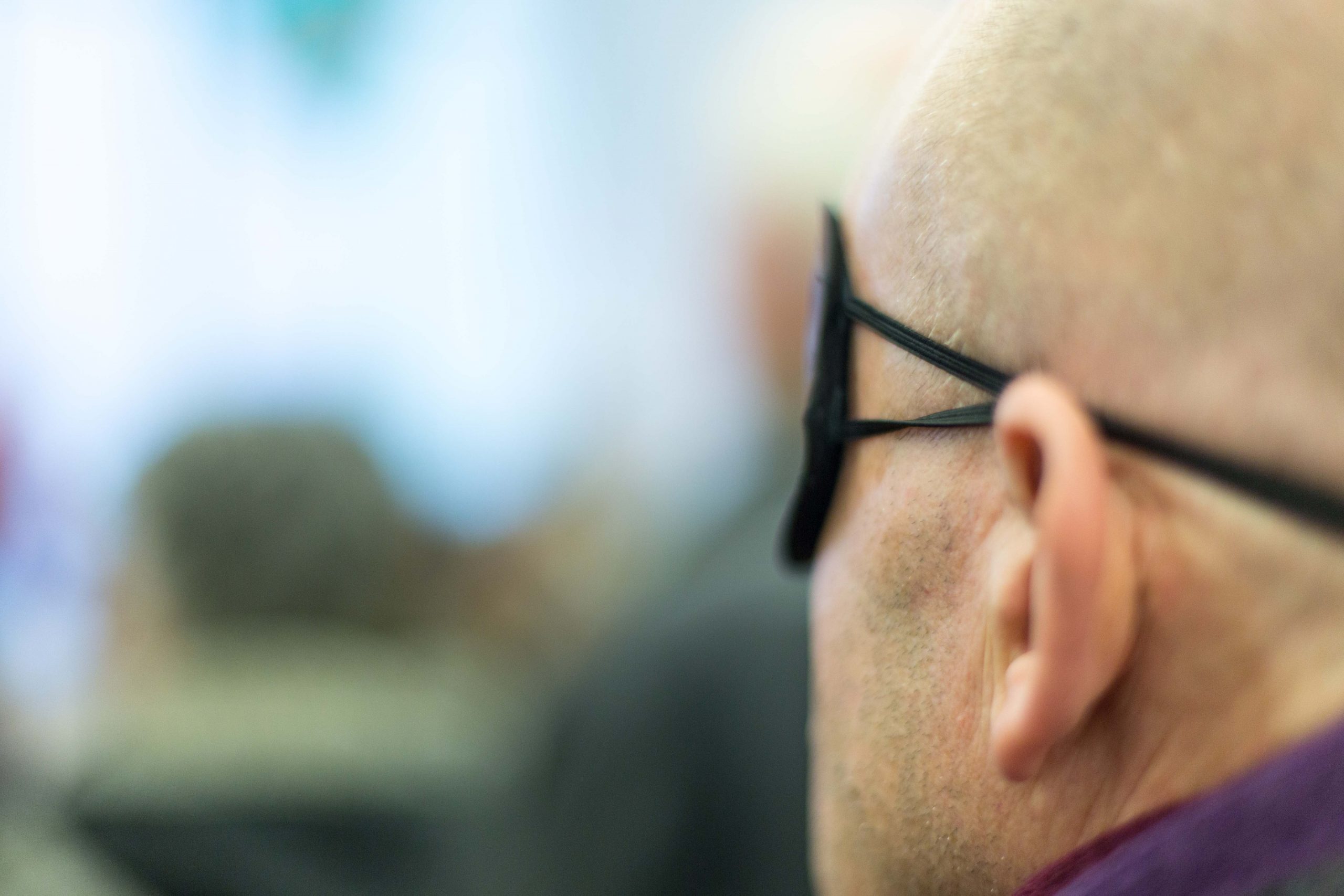 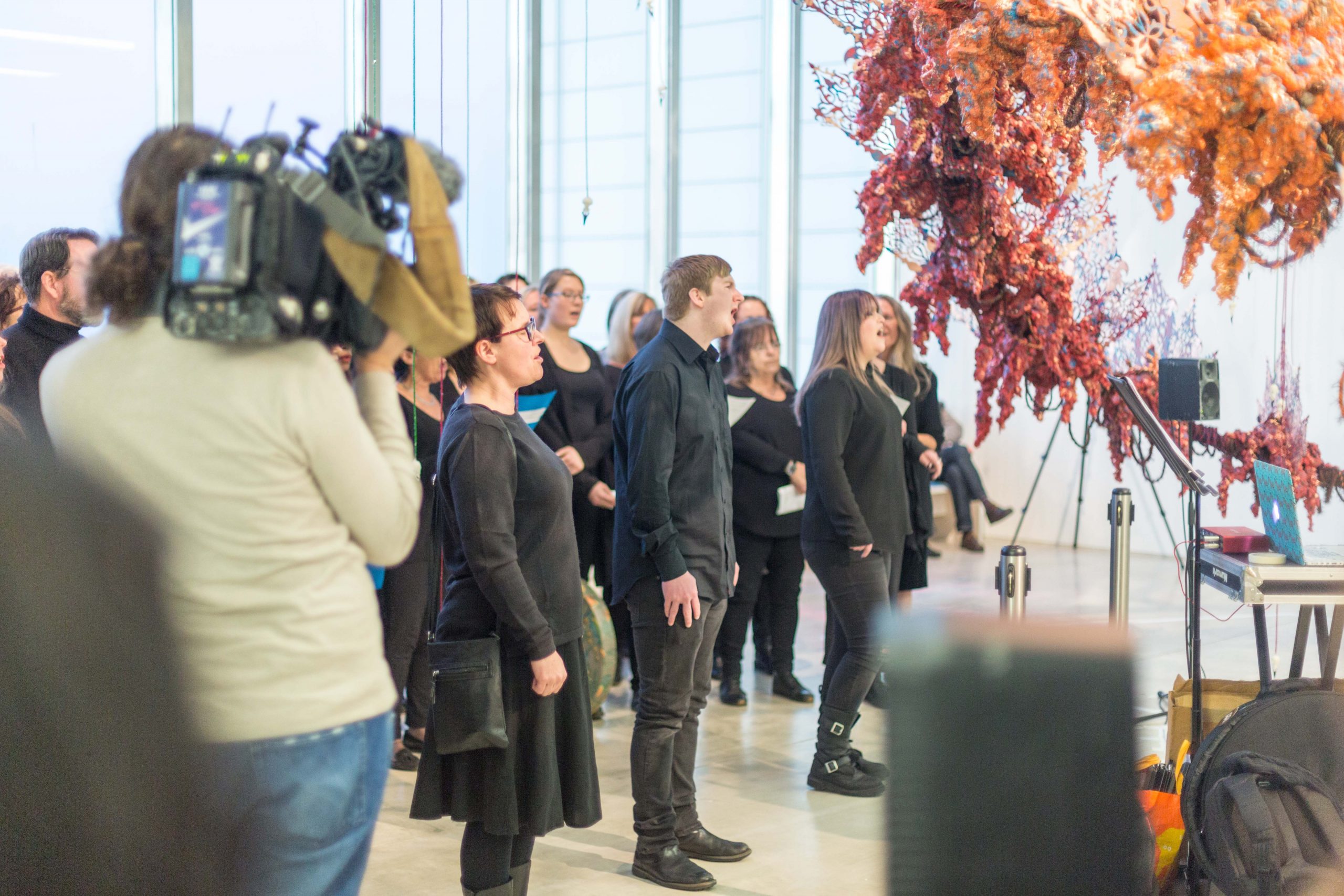 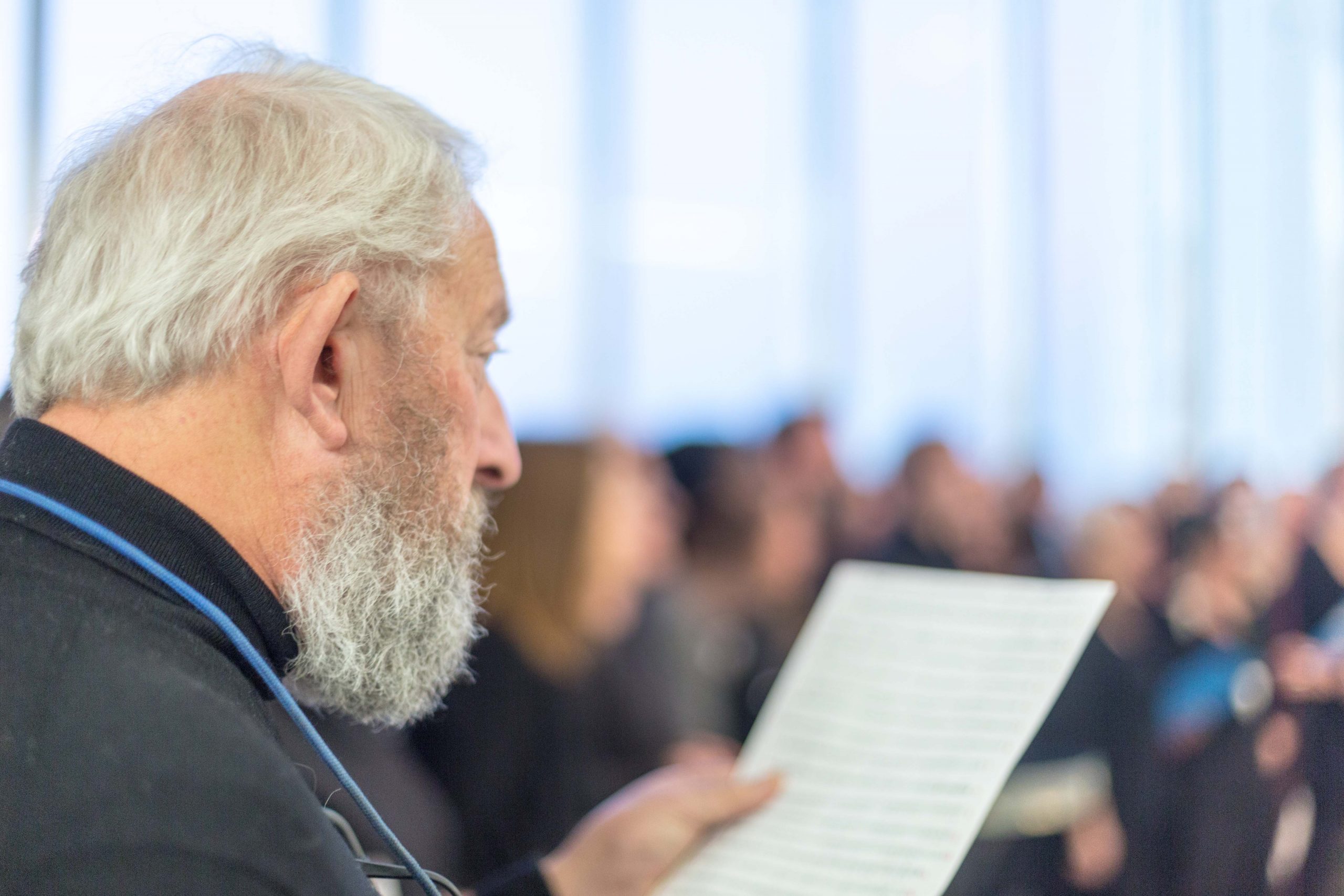 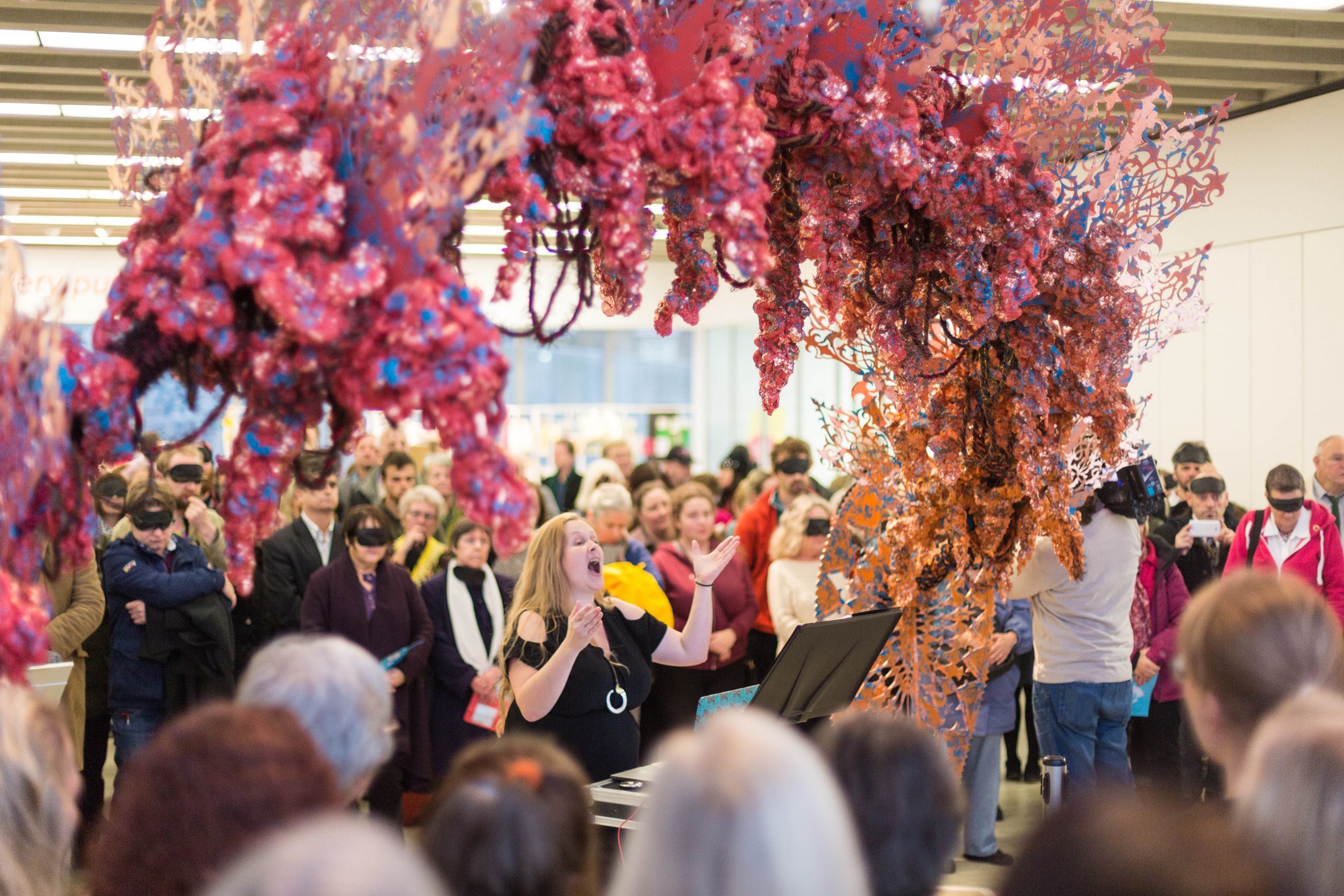 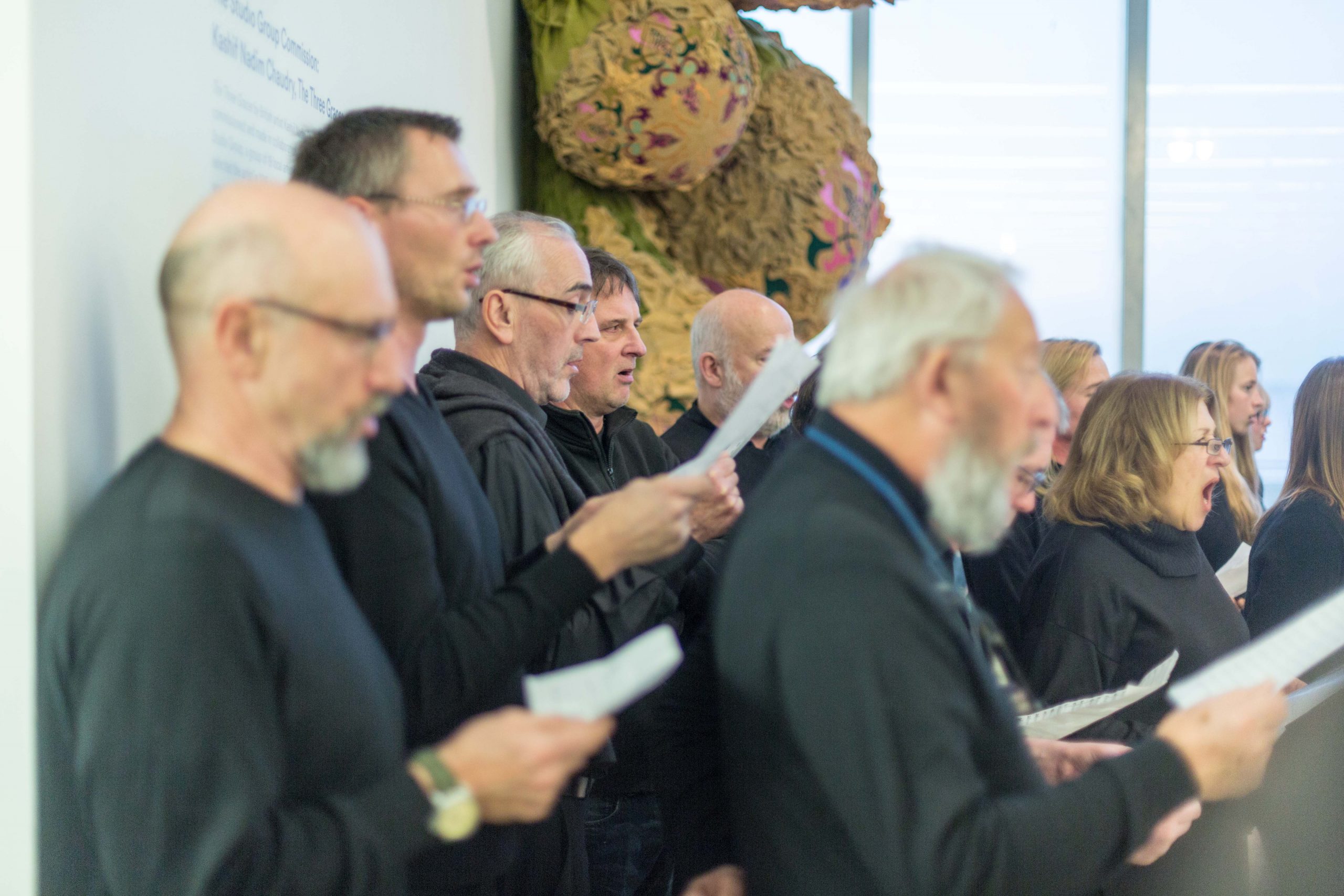 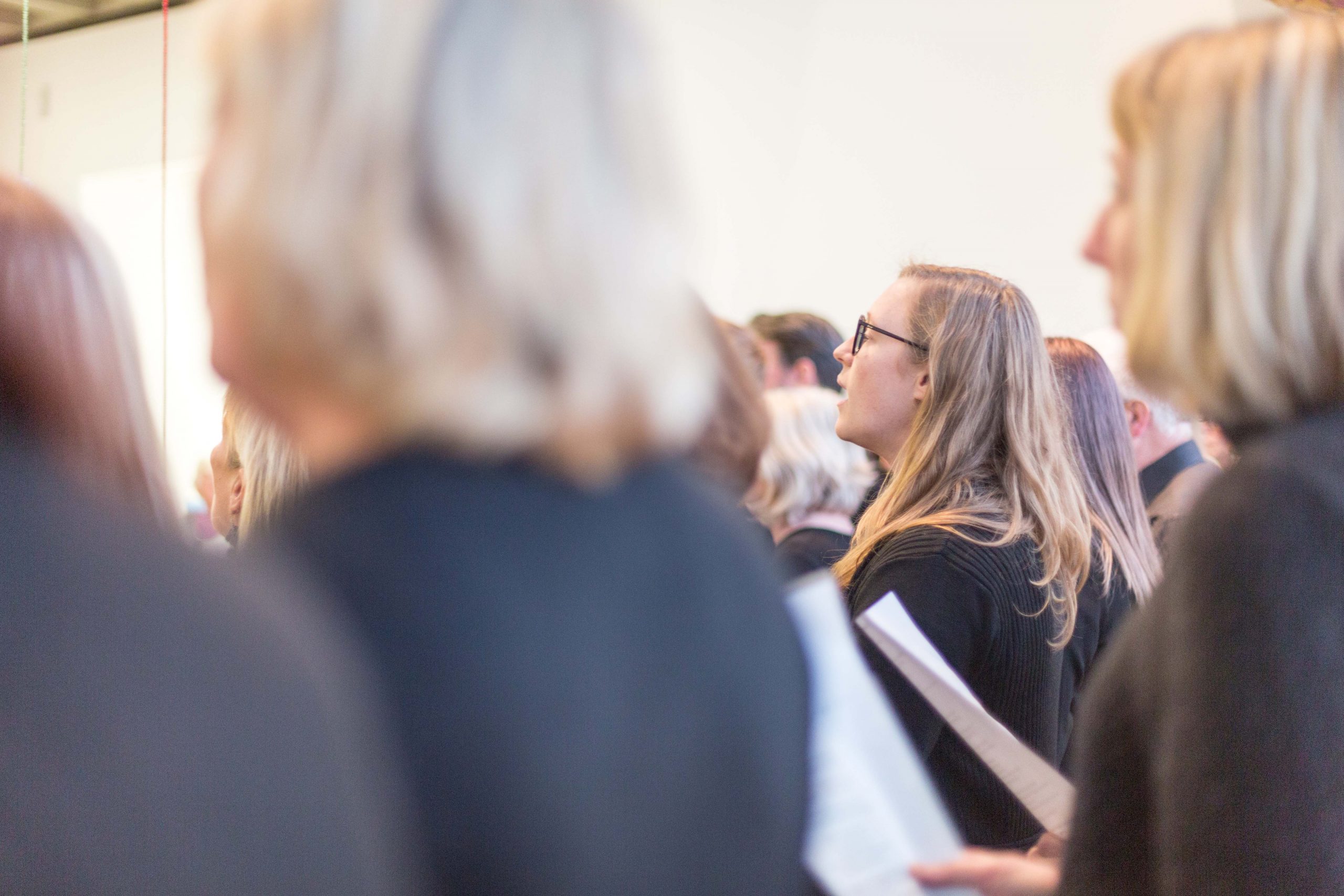 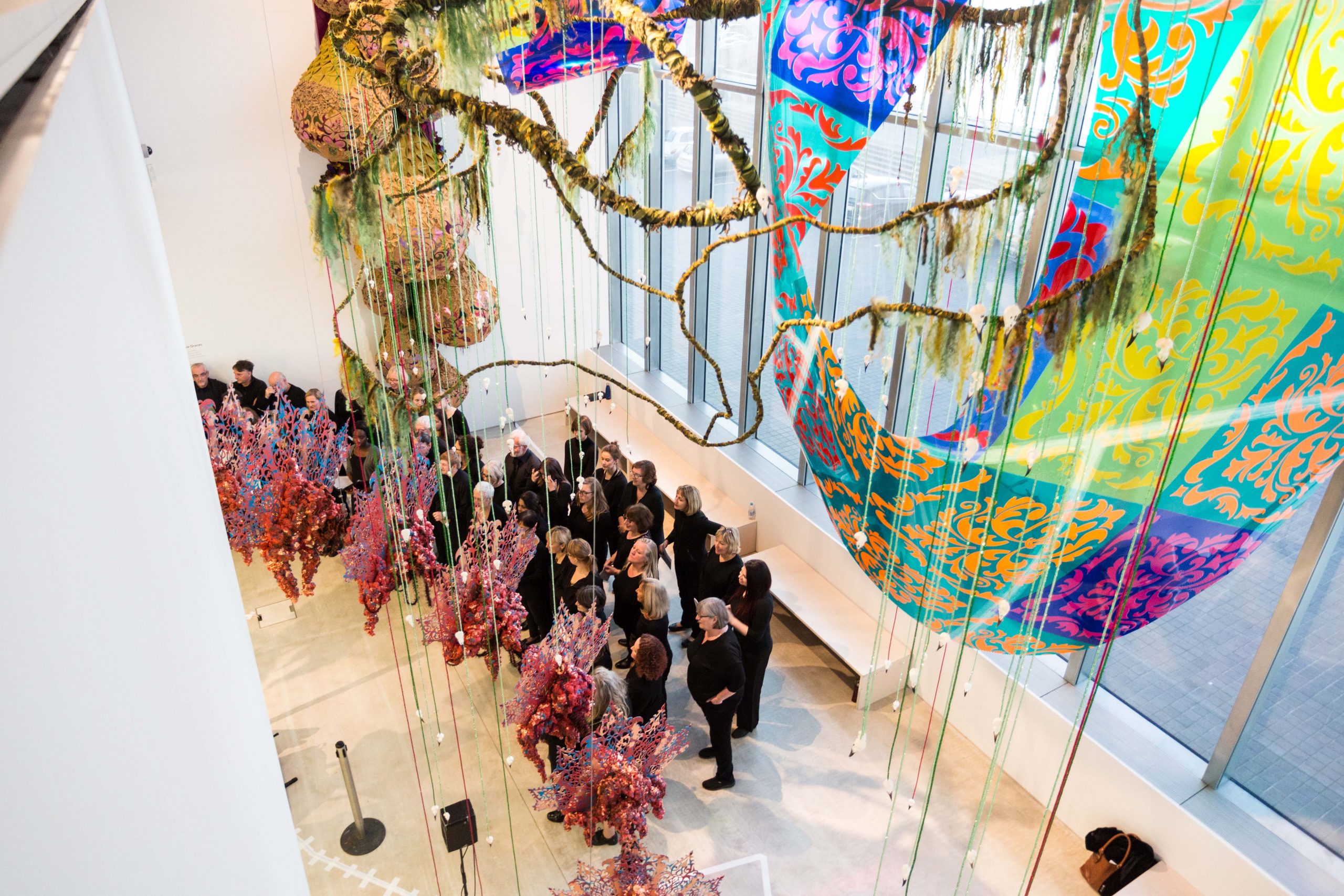 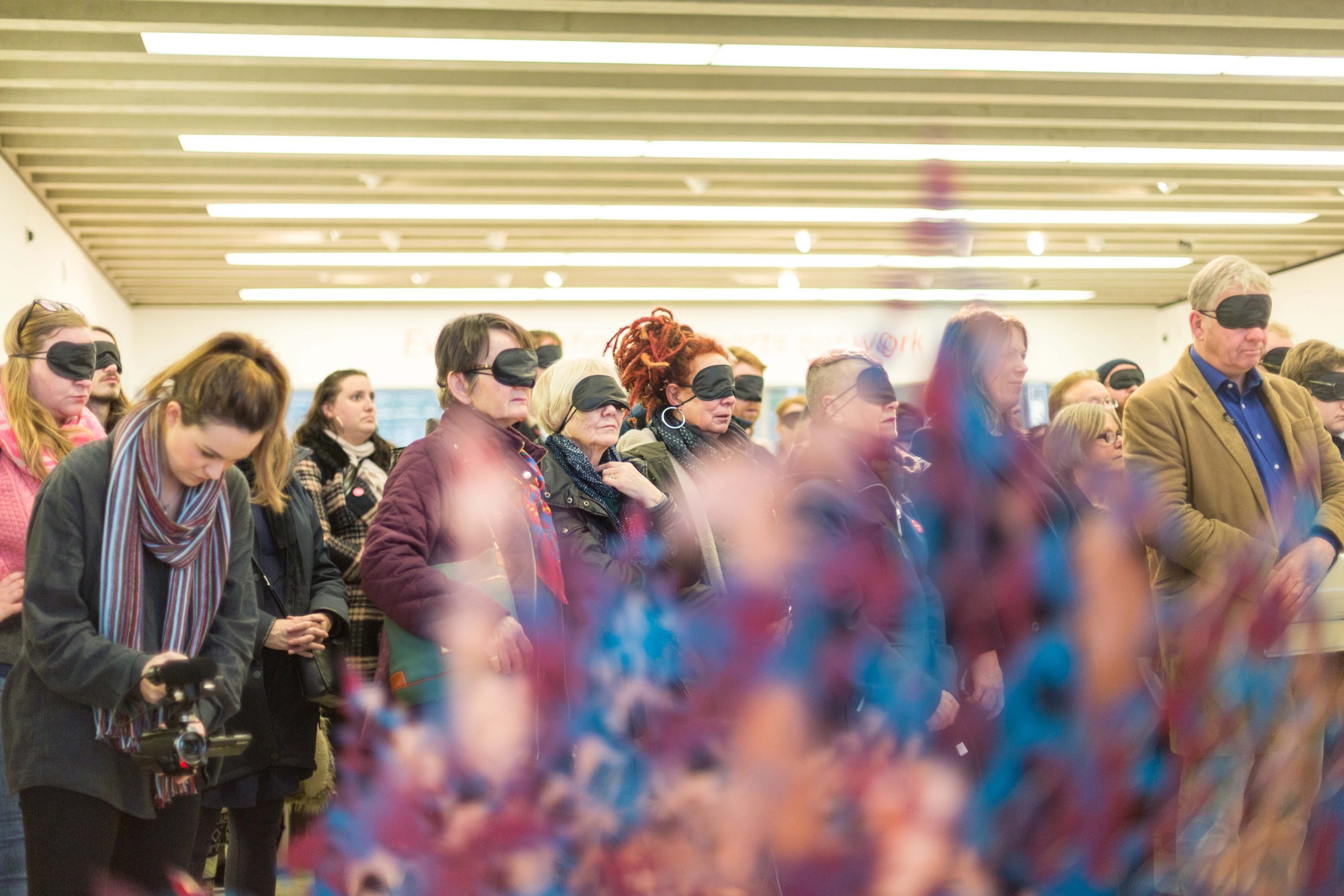 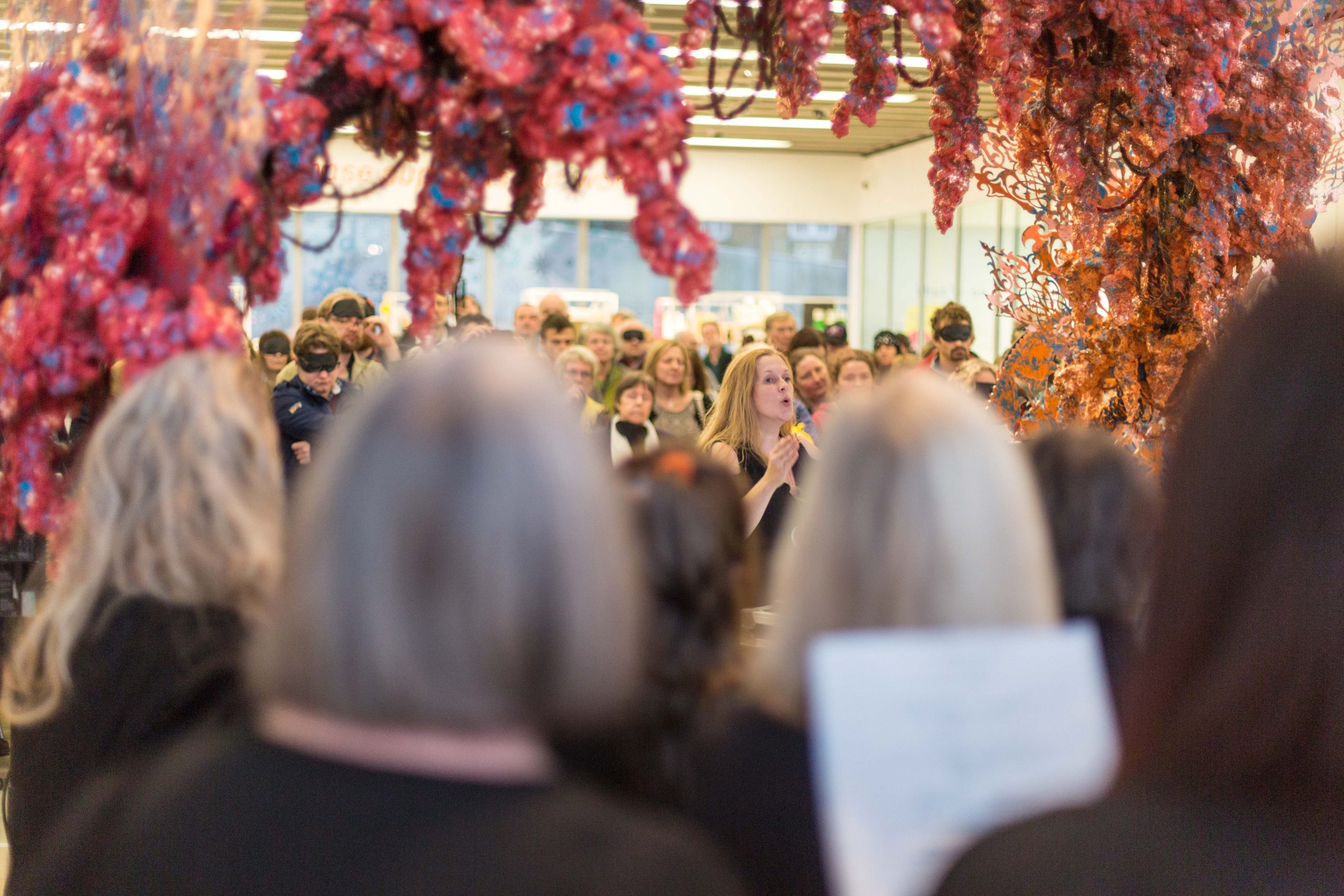 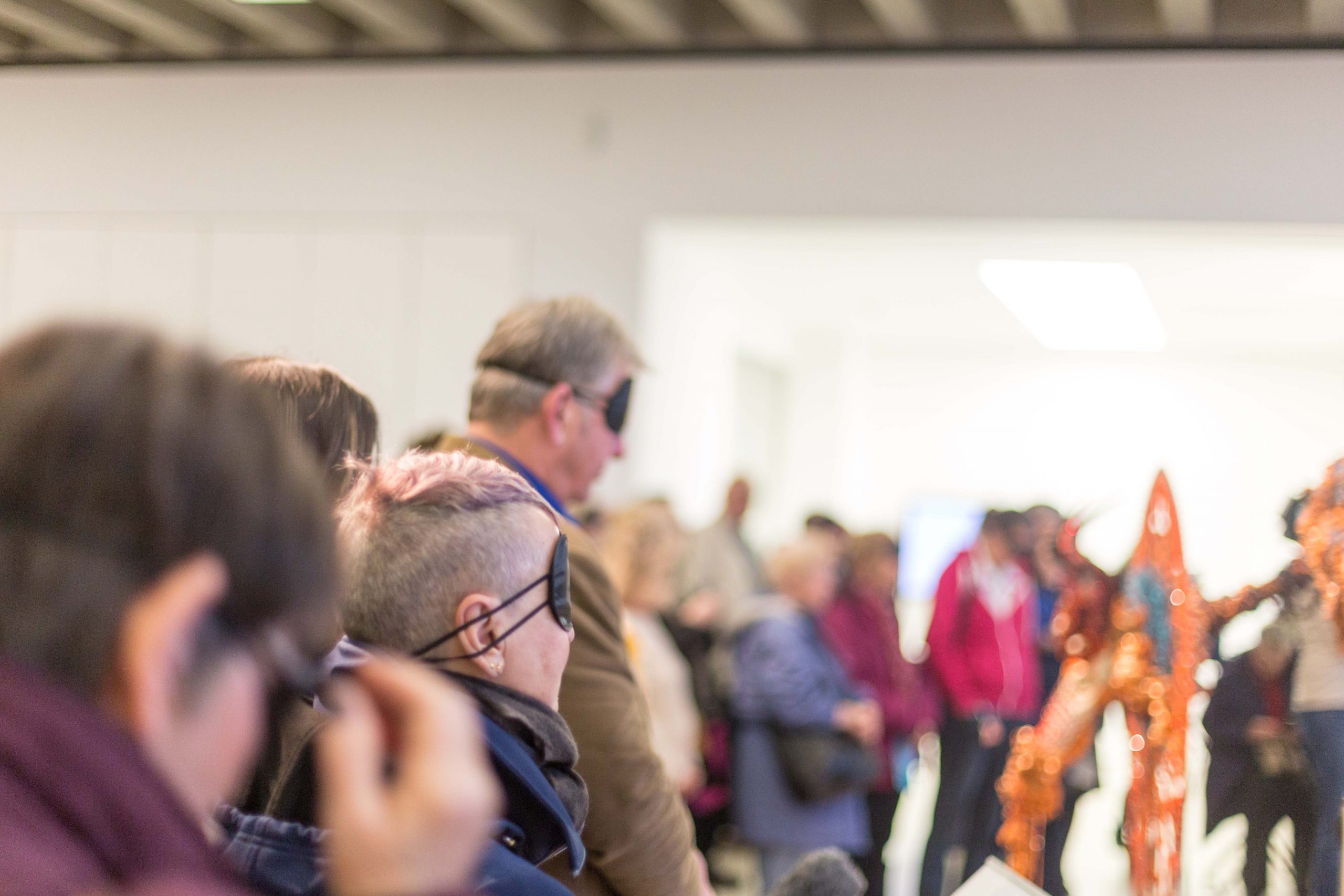 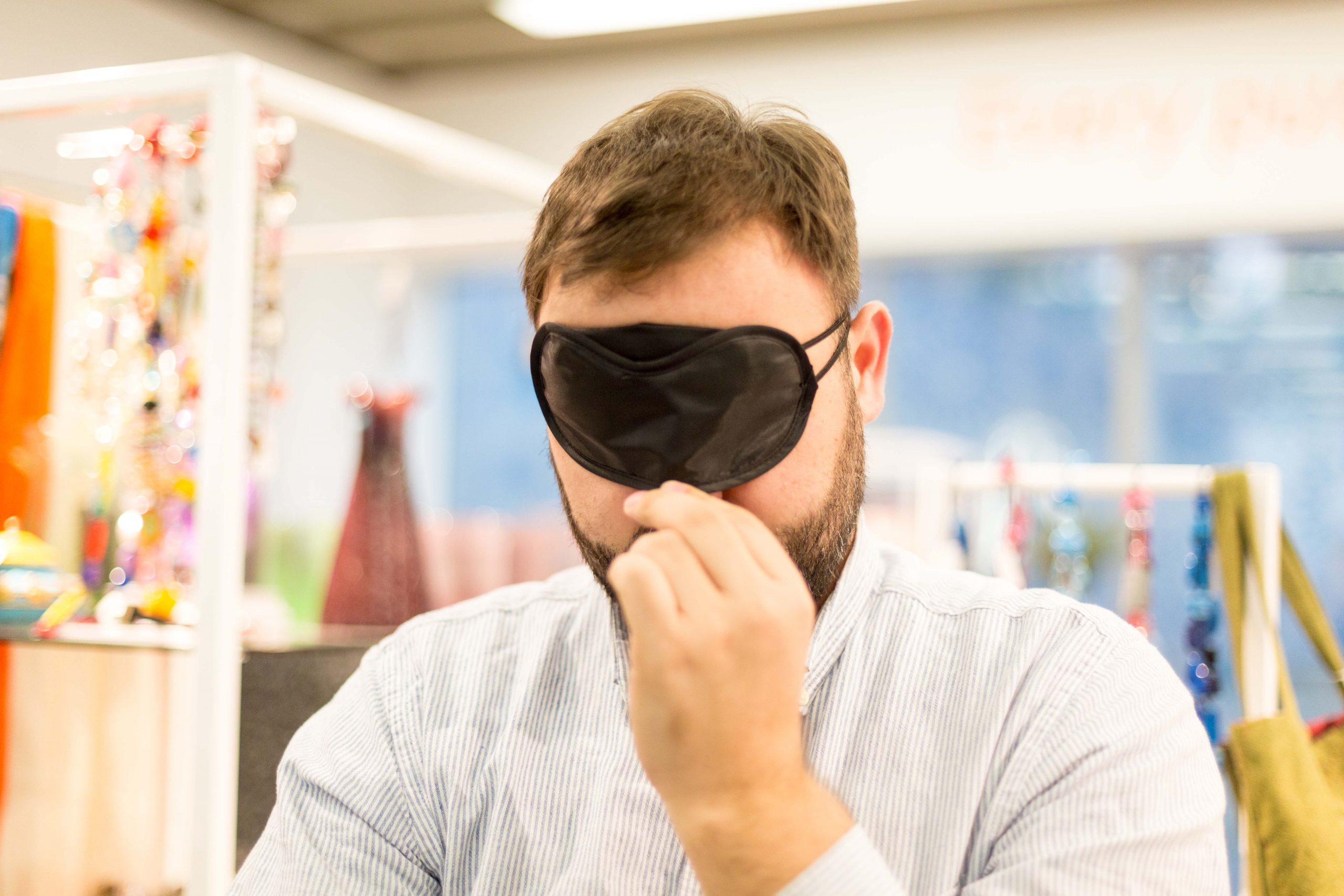 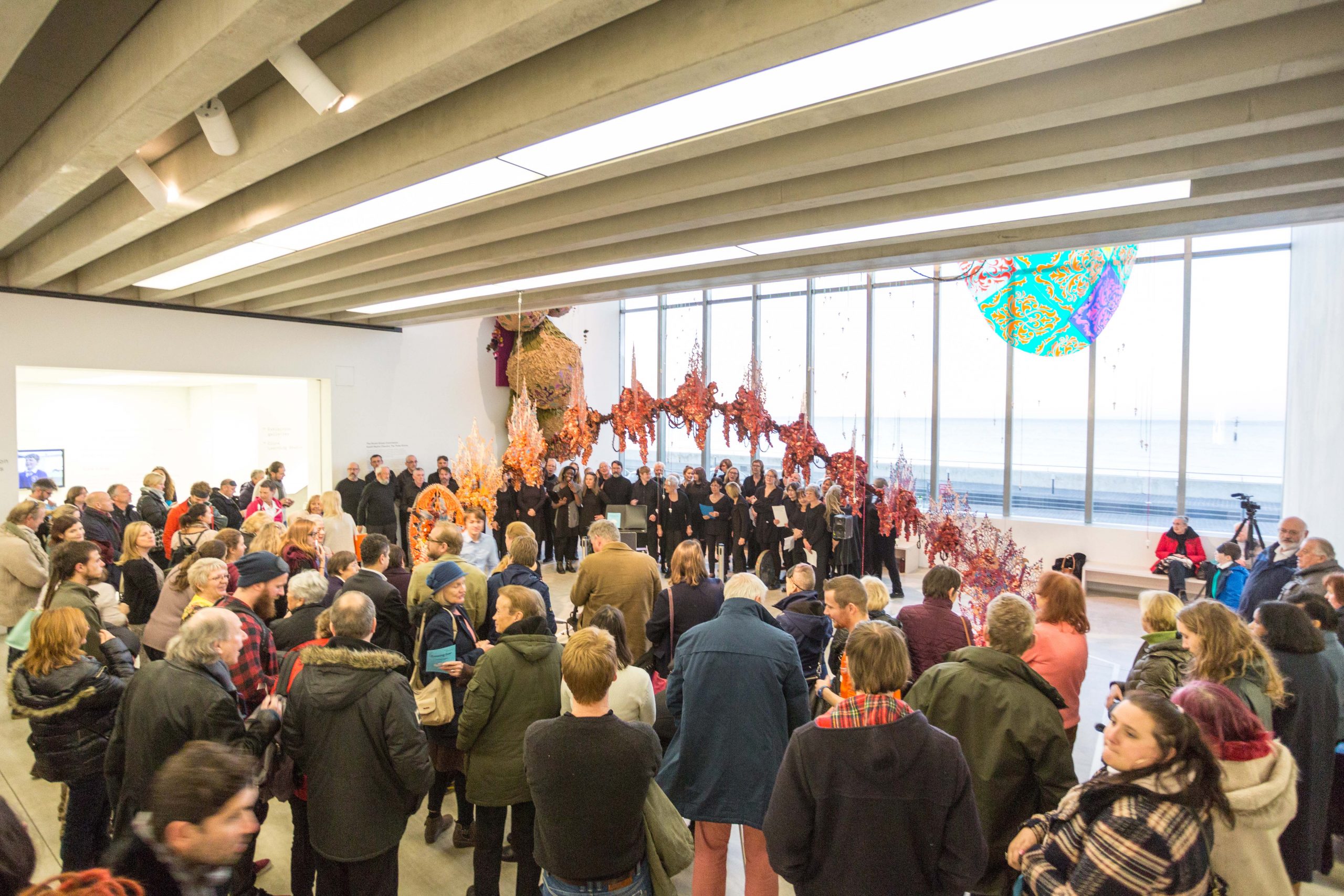 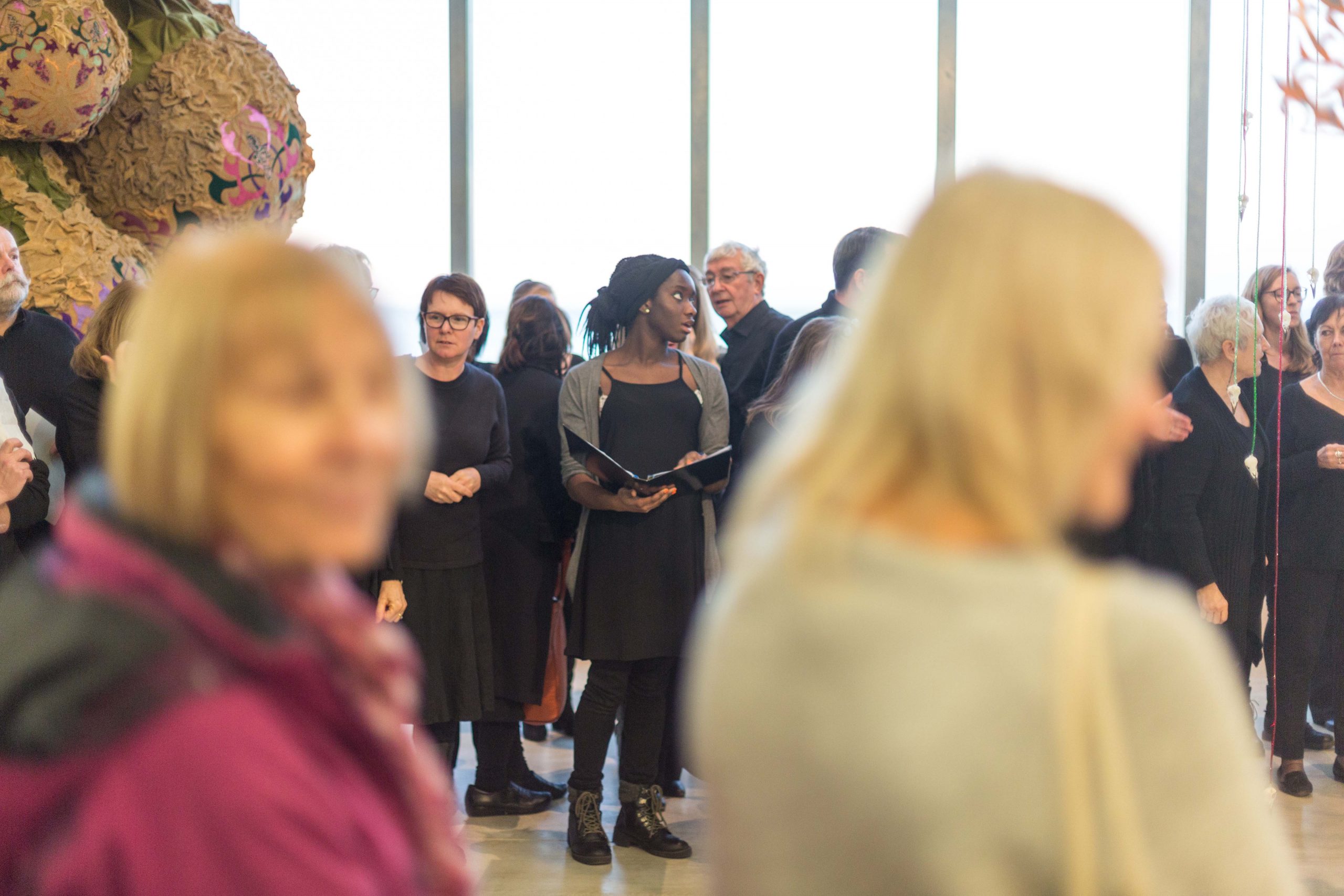 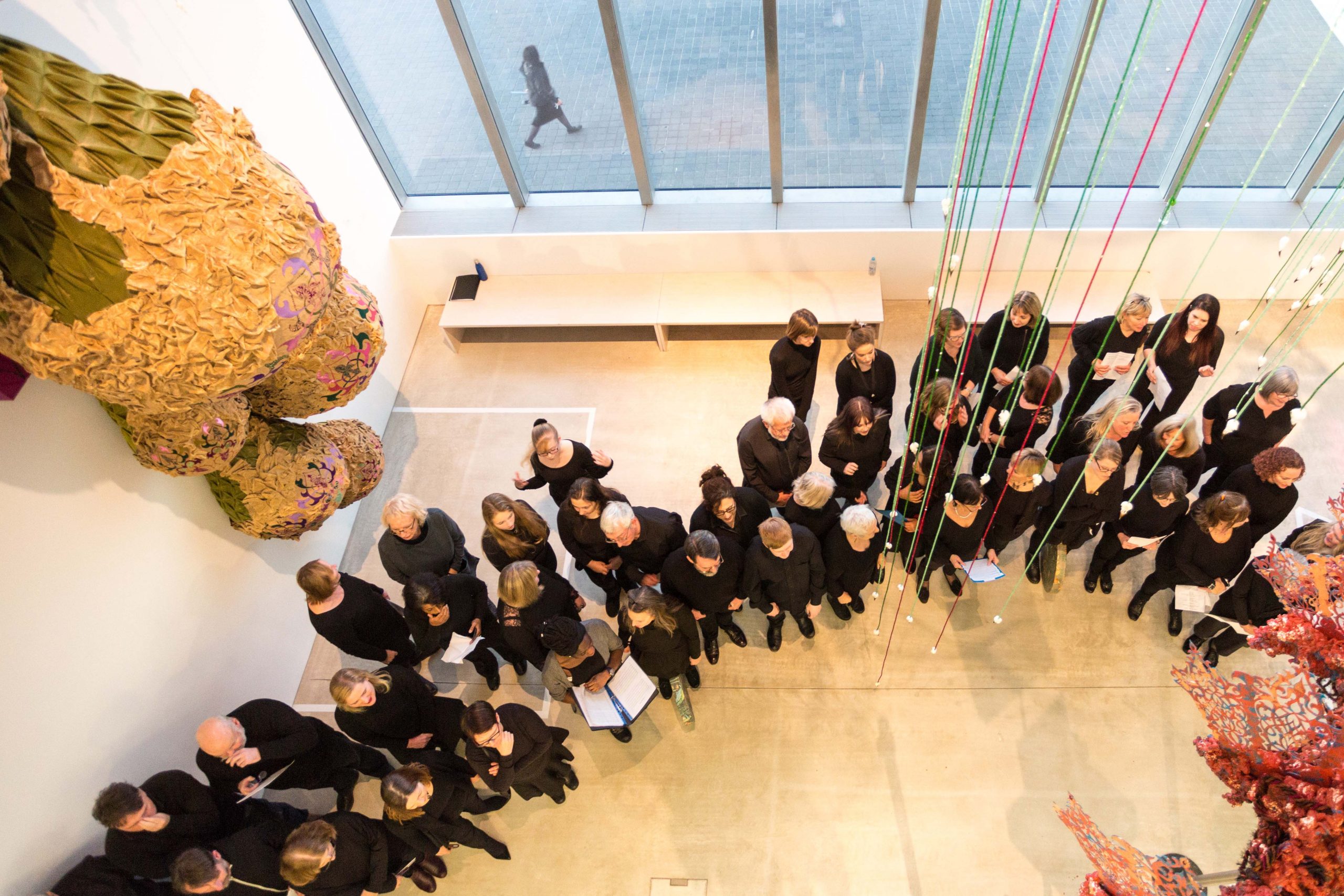 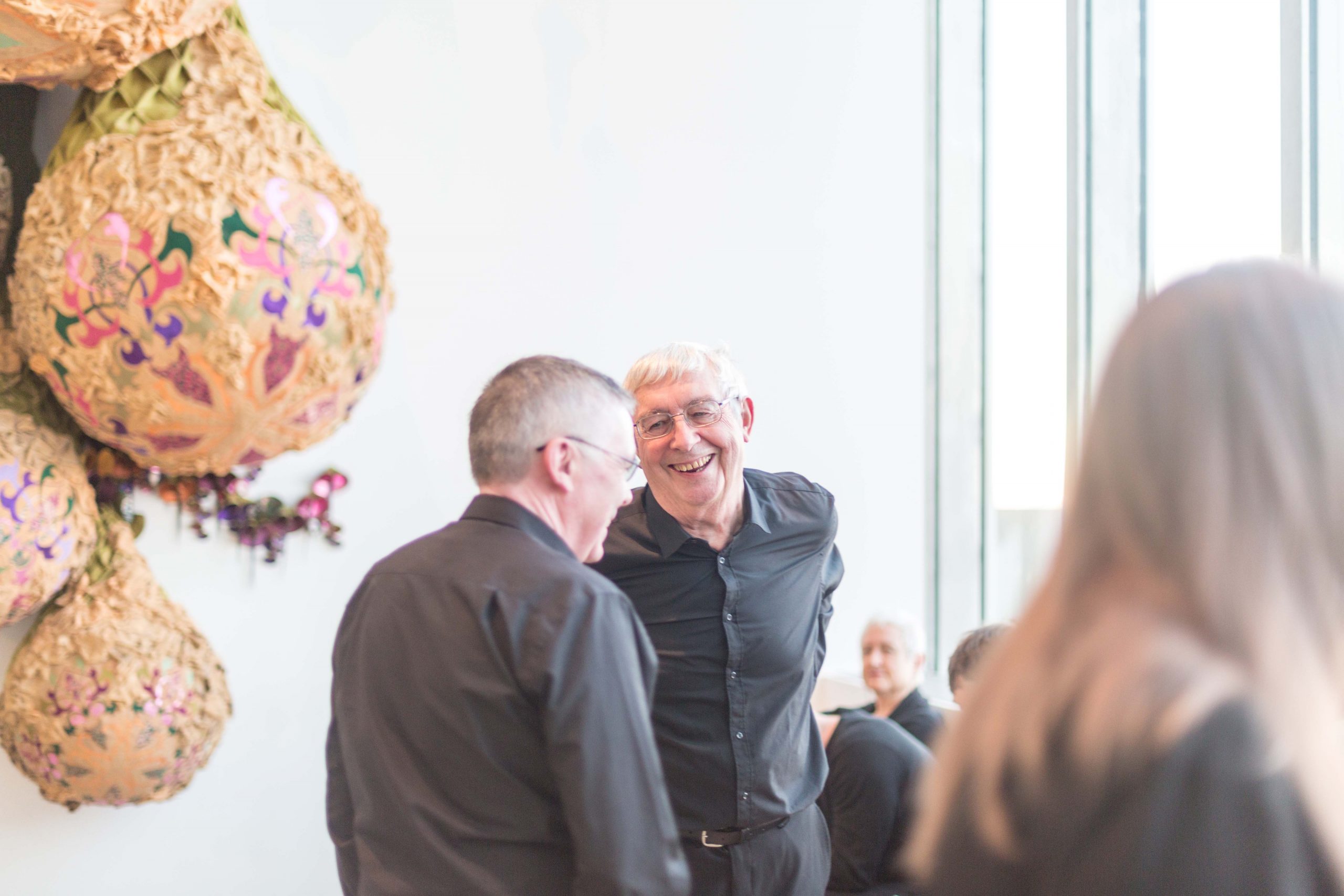 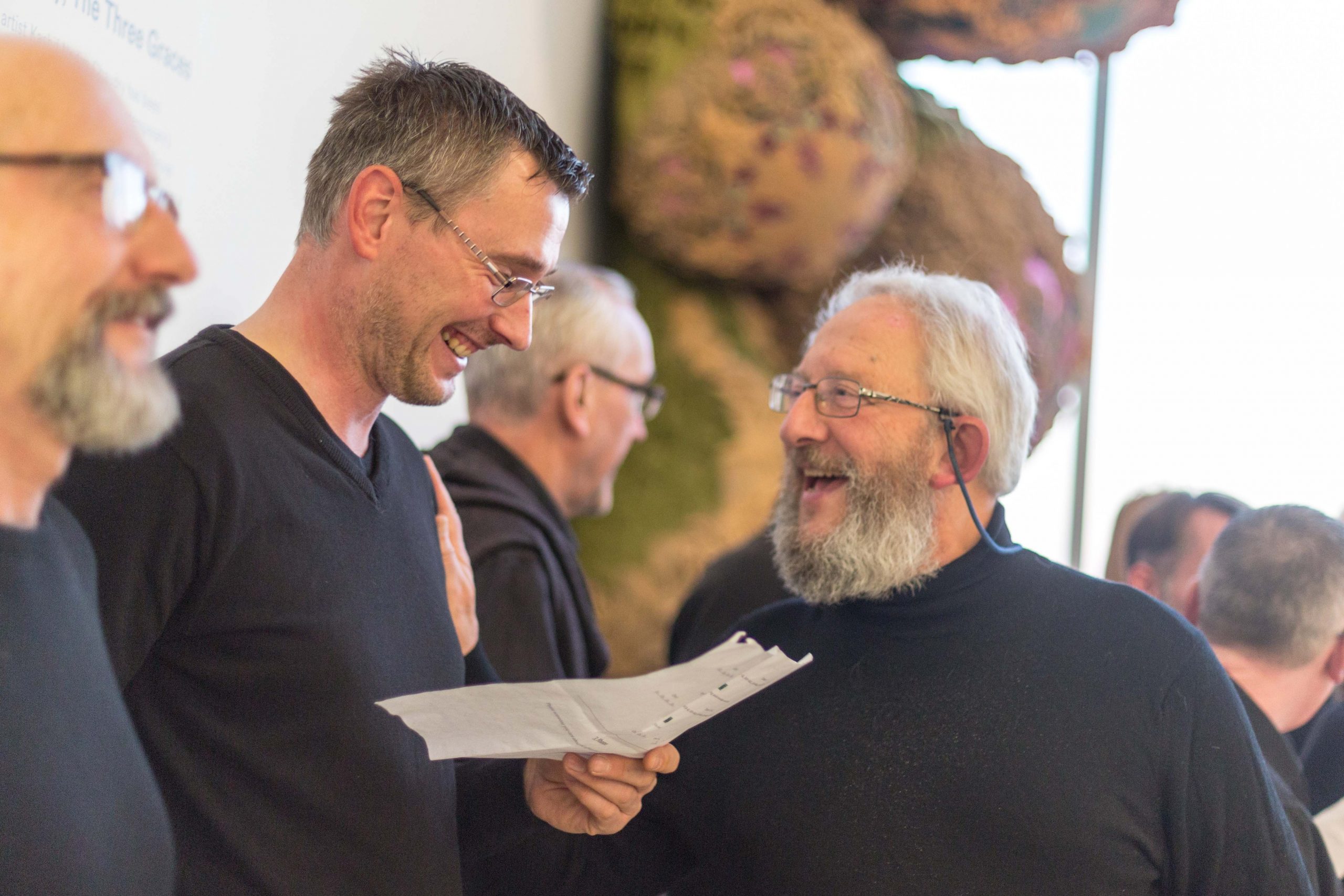 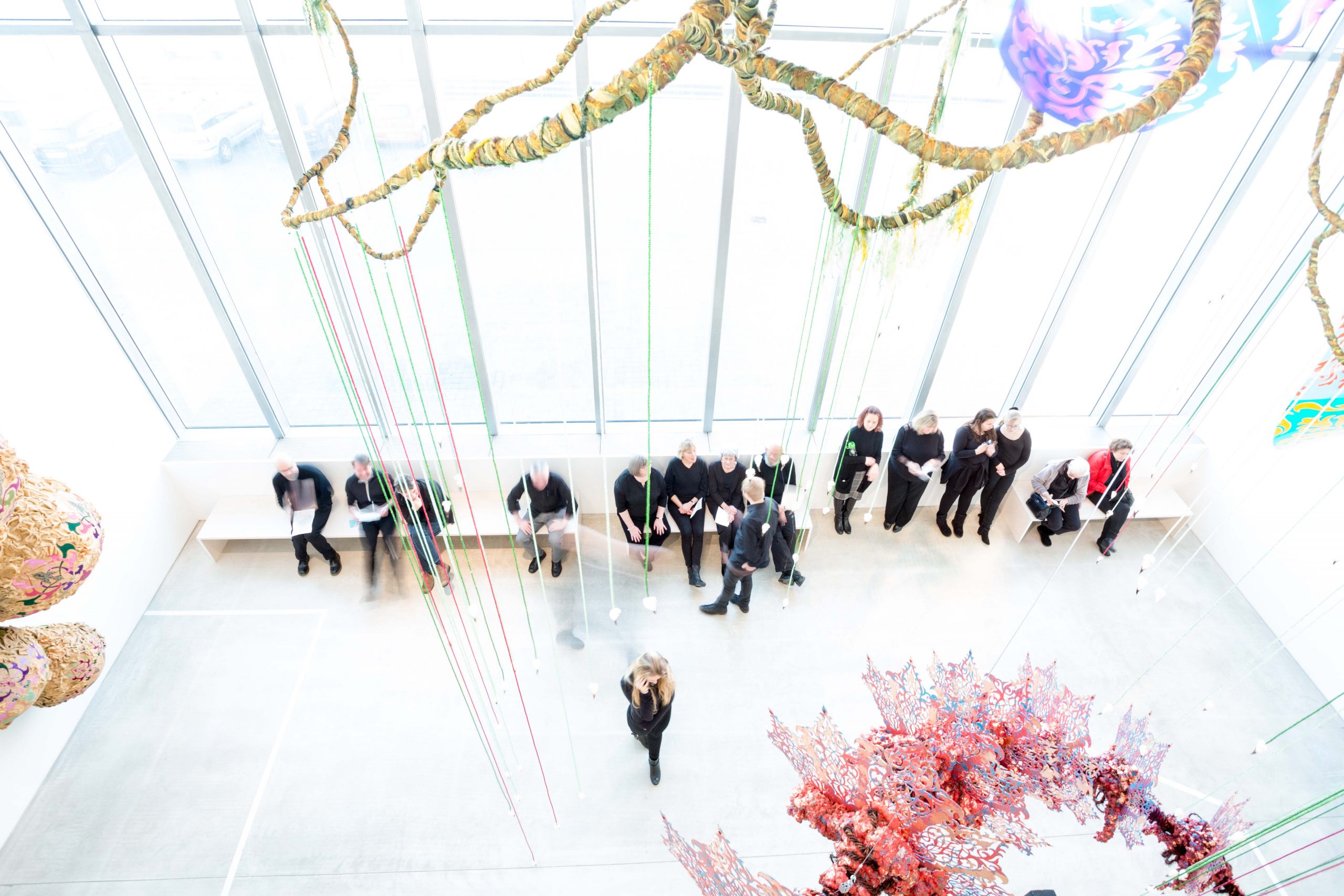 6 January 2017: Film installation [5.1] at Sidney Cooper Gallery, Canterbury as part of ‘Winter Sound’, an event by the Centre for Practice-Based Research in the Arts at Canterbury Christ Church University.

6 January 2017: Conference presentation: ‘Crossing Over: How to Get People to ‘Care’?’ Presented at the British Forum for Ethnomusicology / Royal Musical Association Research Students’ Conference. Hosted at Canterbury Christ Church University.

“I thought it was absolutely incredible. I’m an ex-refugee. My family were evacuated here in the 70s. There were a lot of people in Thanet at the time that were anti-refugees, didn’t like them all living in Cliftonville and didn’t understand what was going on. But today I’ve just heard a piece of music that answers the question and says the answer as I was trying to say at the time. People are not coming here to take your houses, they’re coming here because someone else has taken their home” – Audience member.

“Really moving… Watching it with a blindfold on heightened the experience. It really hit home the privilege that a lot of us are in, and not everyone feels that sense of home” – Audience member.

“You were transformed as soon as you closed your eyes into a different world and a different perspective” – Audience member.

“As a child of ‘economic migrants’ myself I have lived through ‘times’ – especially during my early years that made me feel like an ‘outsider’. The feelings evoked by this piece of music serve as a reminder of how important home as become” – Recorded voice contributor

“It was good to sing with a diverse group, from teenagers to older people from all walks of life, some who have experienced migration and had defined ideas of what is ‘home”’ – Performer.

“The first movement consisted of selected recordings of politicians and other figures int he media that oppose migration and refugees. This was juxtaposed with recordings of people in the community describing what ‘home’ meant to them. Many audience members, and performers, afterwards were left with a new sense for the meaning of ‘home’. The choral part of the second movement was complex in its simplicity. Starting with a powerful “Ex Patria” moving into a soft lullaby, and ending with the performers calling home to their loved ones, you really did get this sense of longing, of belonging, with a hint of sadness, mixed with melancholy. I was astounded to learn that [it] was performed by an amateur choir with members from all over the Kent community. Peasgood provides the right mixture between experimental, contemporary, and community” – Jason Hodgson, Composer. Read the full review here.

Leave a Reply to Did you hear? – en Choir Cancel reply