LIFTED is a choral work inspired by and performed inside public lifts. LIFTED draws attention to the potential of the lift, its engineering, beauty, the people within it, and their inner thoughts, while creating a sense of wonder as the doors open to reveal many people dressed in work clothes, who burst into song. By staging a choral performance in a venue that usually pipes background music—or Muzak—through its speakers, LIFTED challenges perceptions about venue and value. LIFTED is lift music that cannot be ignored; the antithesis of Muzak. It comprises different movements for each floor of the lift, and can be adapted for multiple lift set-ups. The lift is viewed as a stage, with the doors as curtains, as the choir travel from floor to floor with a series of unique performances.

PhD: LIFTED is included in my PhD ‘Creating Accessible, Inclusive and Engaging Musical Works Through Experimental Processes in the Community‘.

The following resources were created to support singers in learning LIFTED.

These demos makes learning the work accessible to singers without the requirement to read sheet music.

A score (containing lyric sheets) will be available to view in July 2020.

The support pack provides guidance for musical directors and venues who wish to host performances of LIFTED. It includes information regarding instrumentation and difficulty, alternative performance venues, a lift operator guide, a guide for venues, and learning exercises to make the complex rhythmic features in the work accessible to singers. 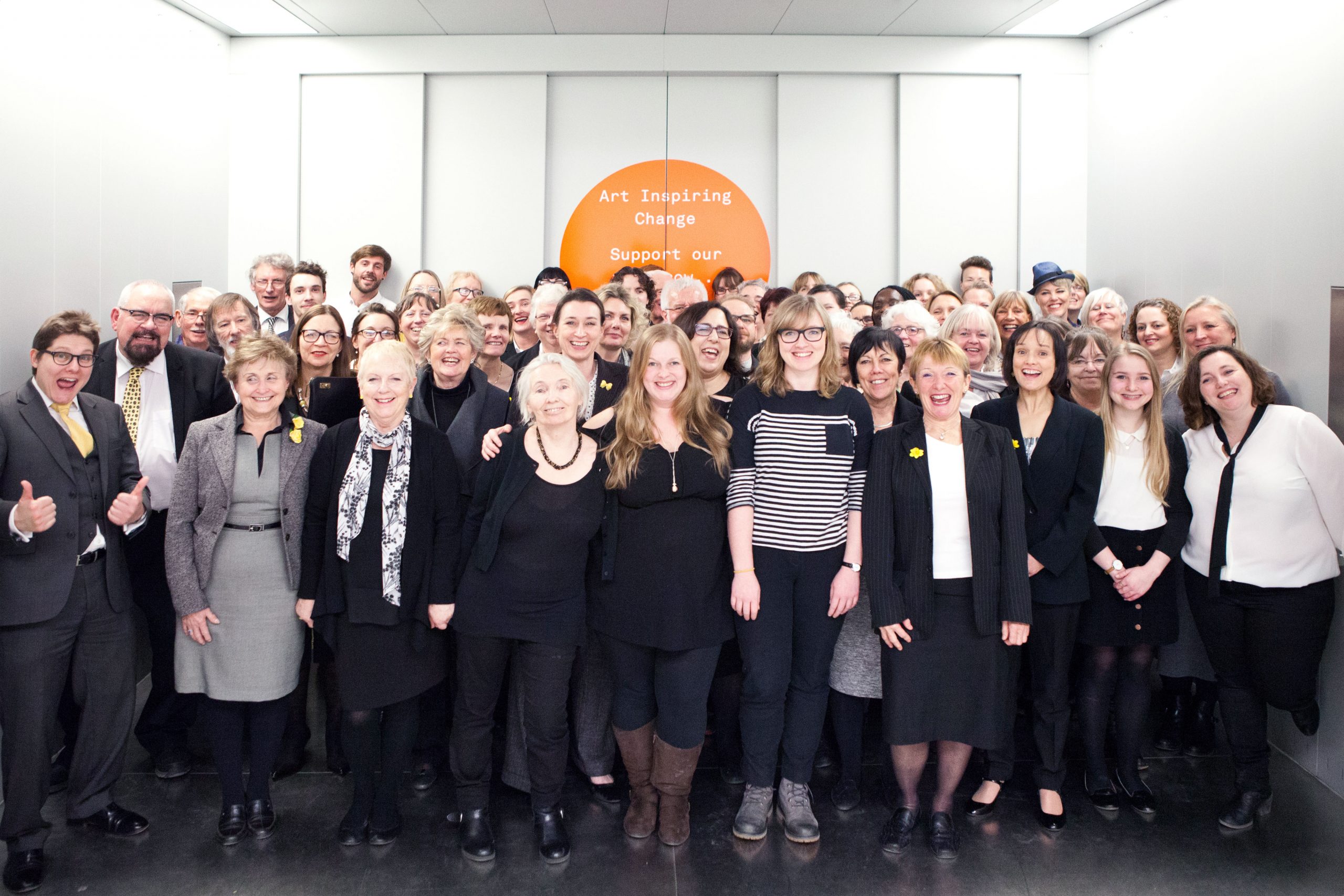 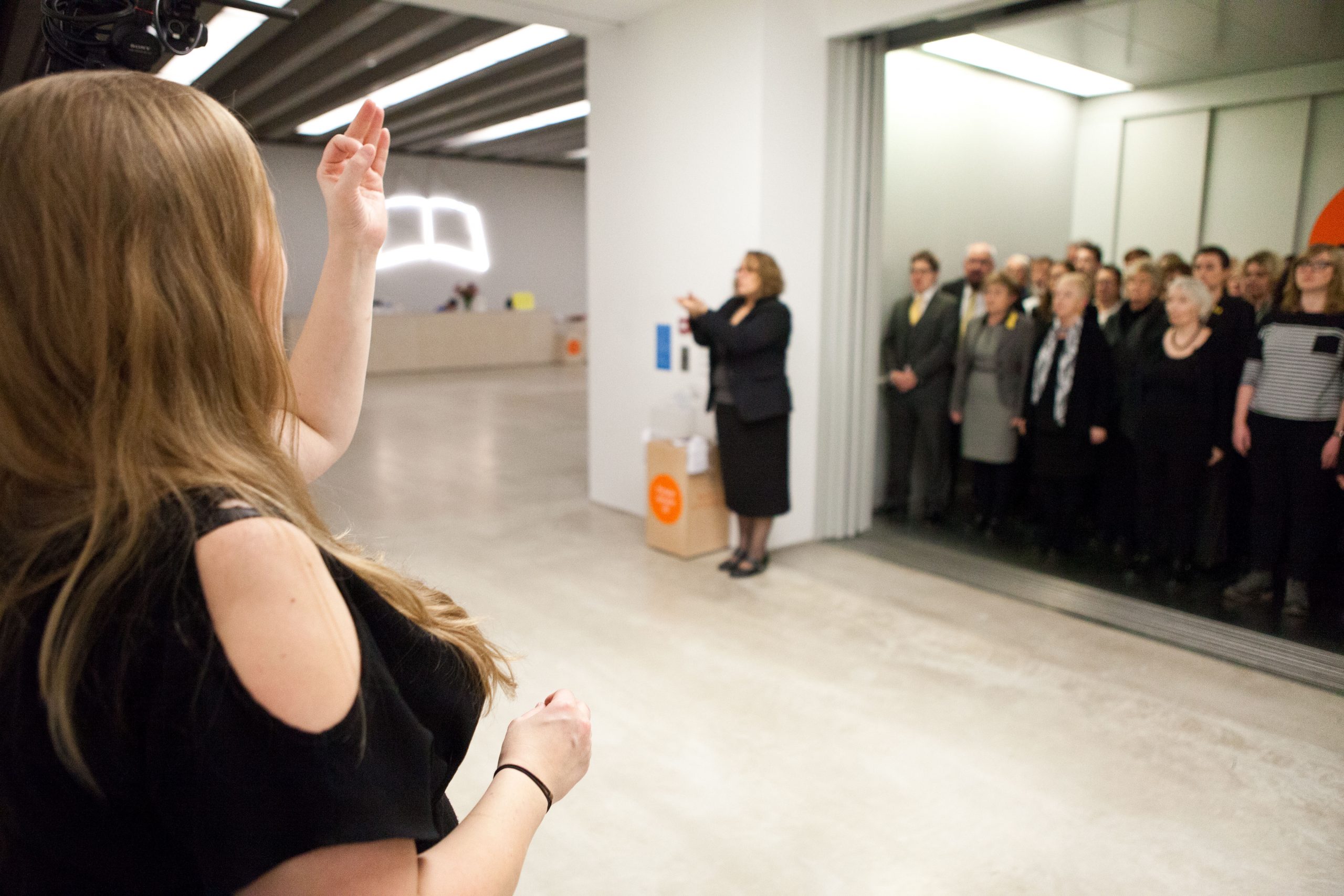 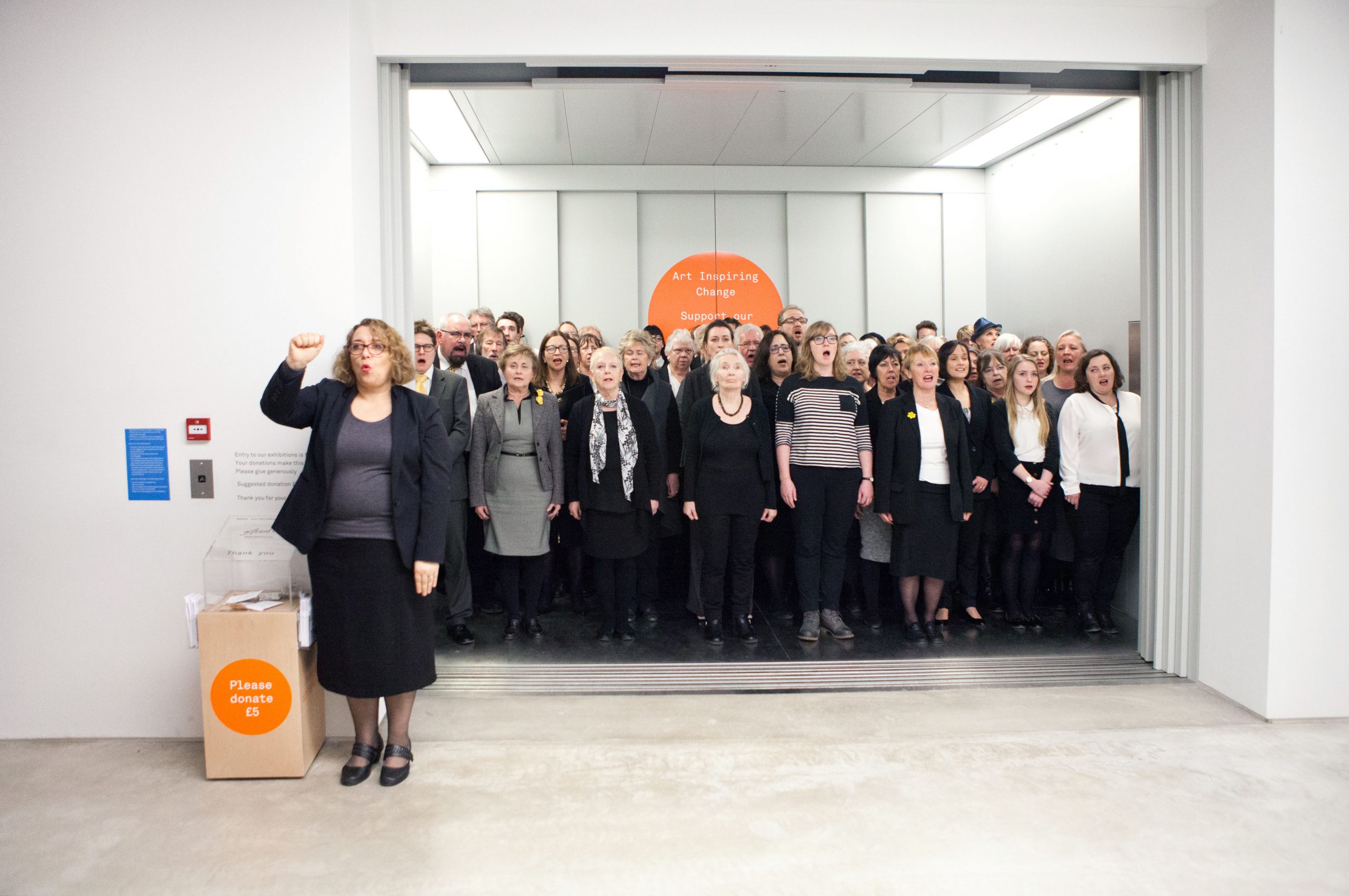 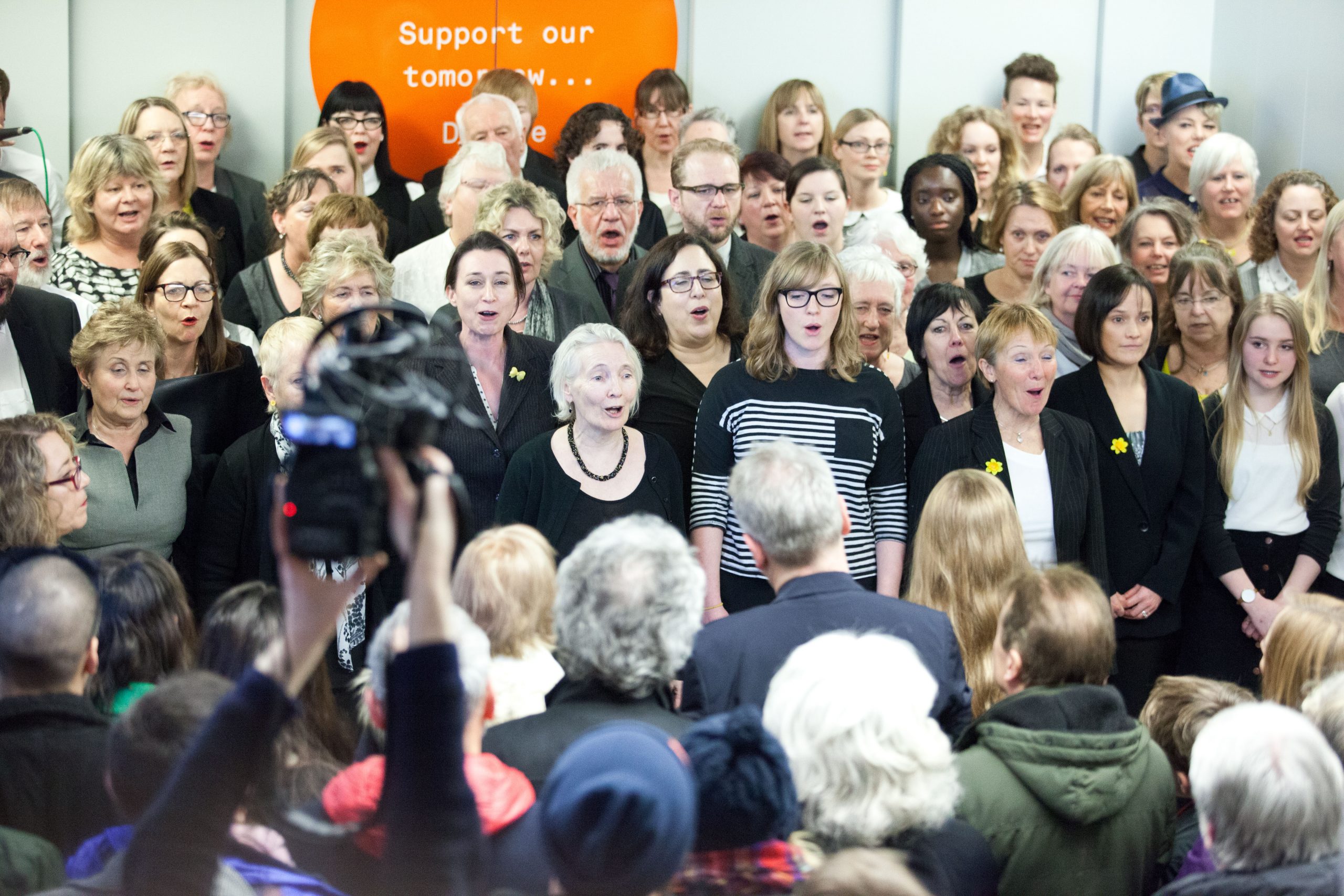 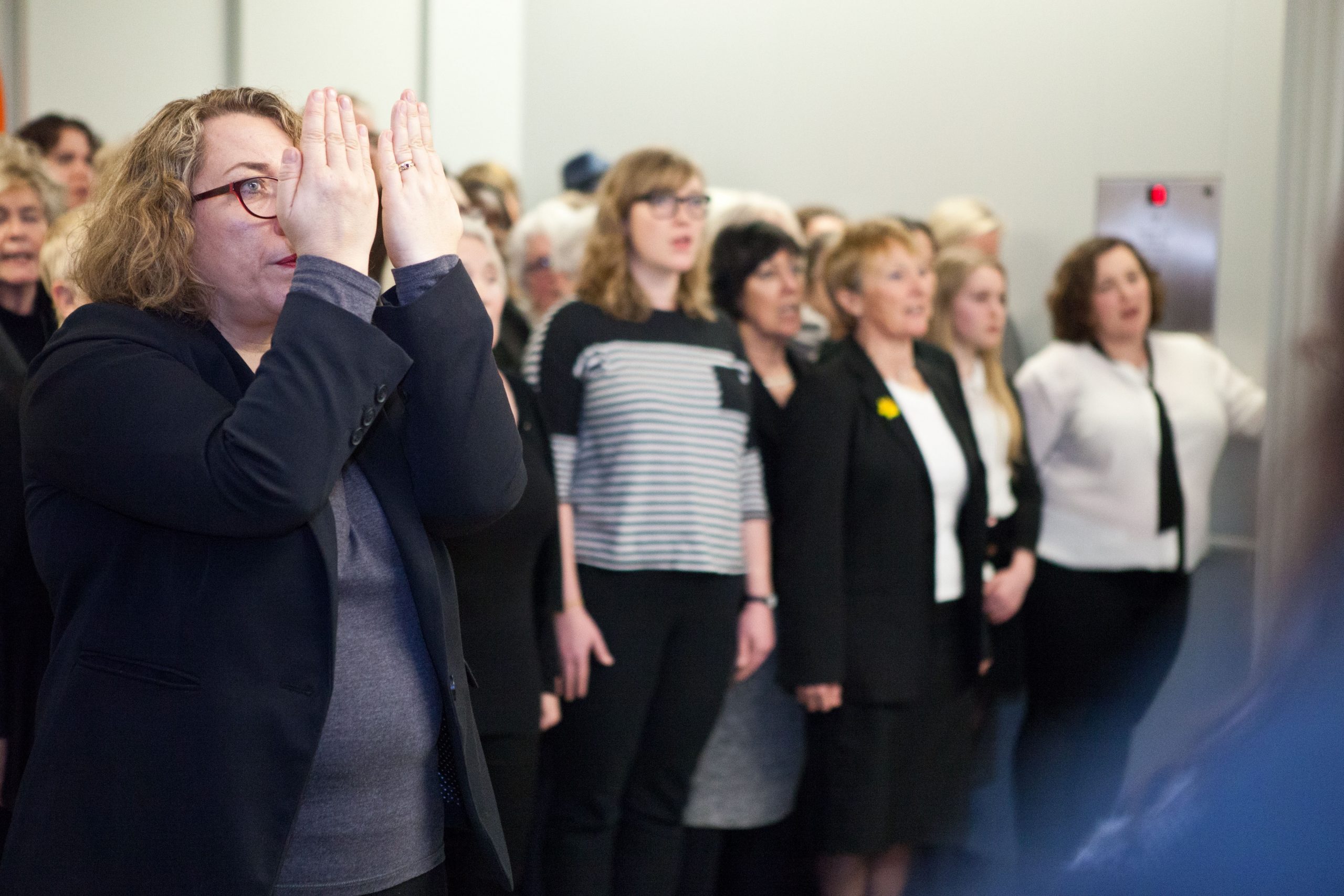 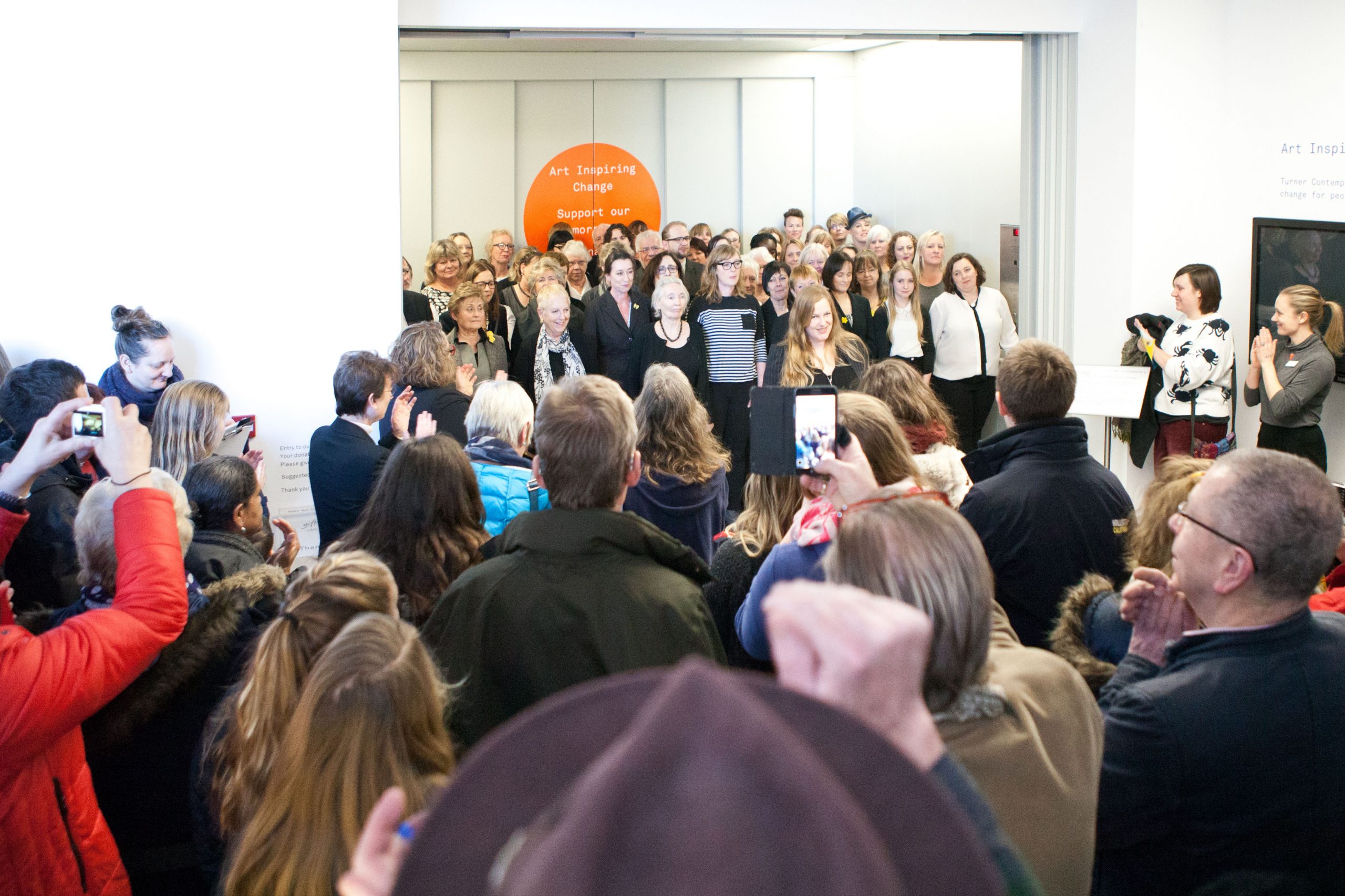 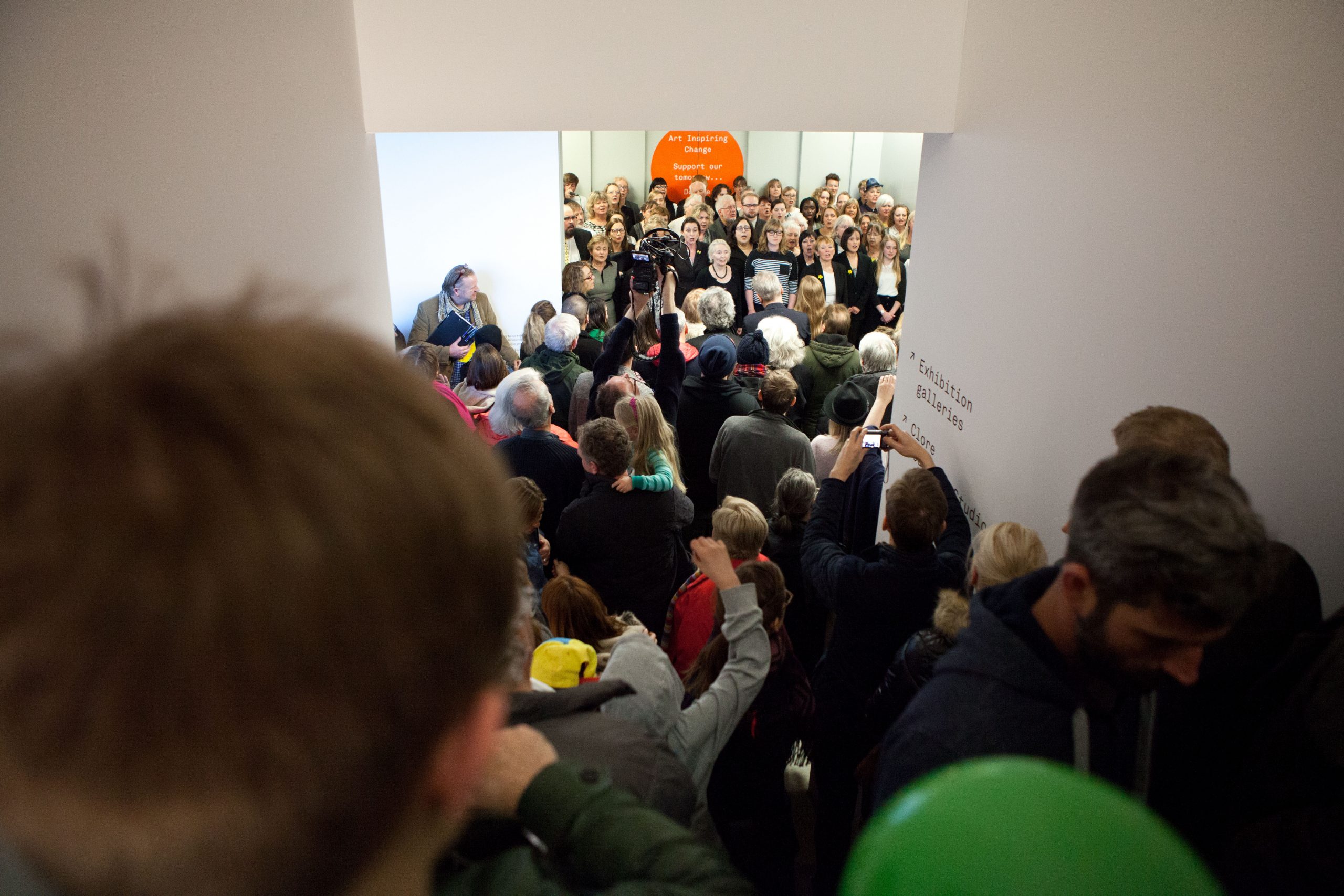 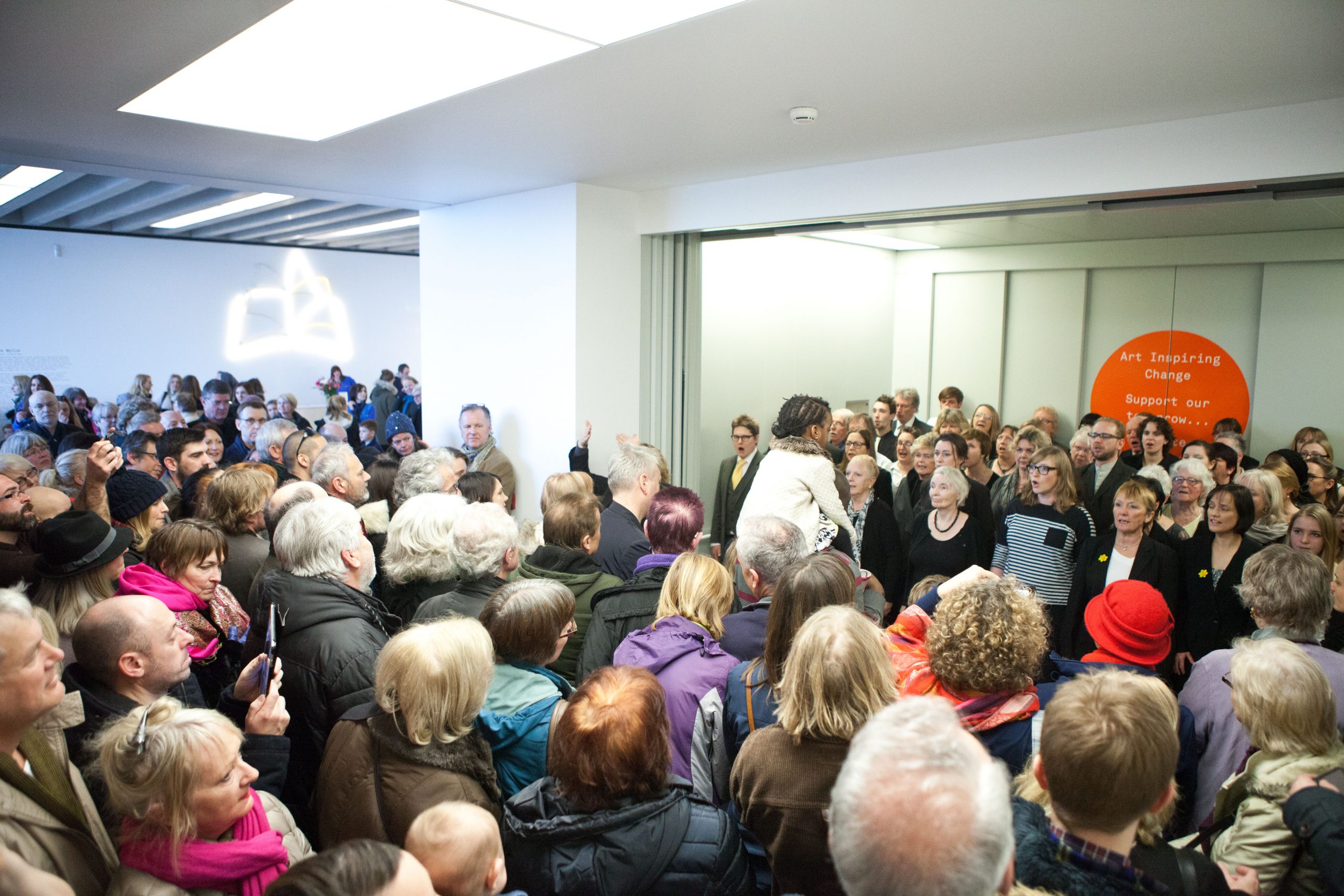 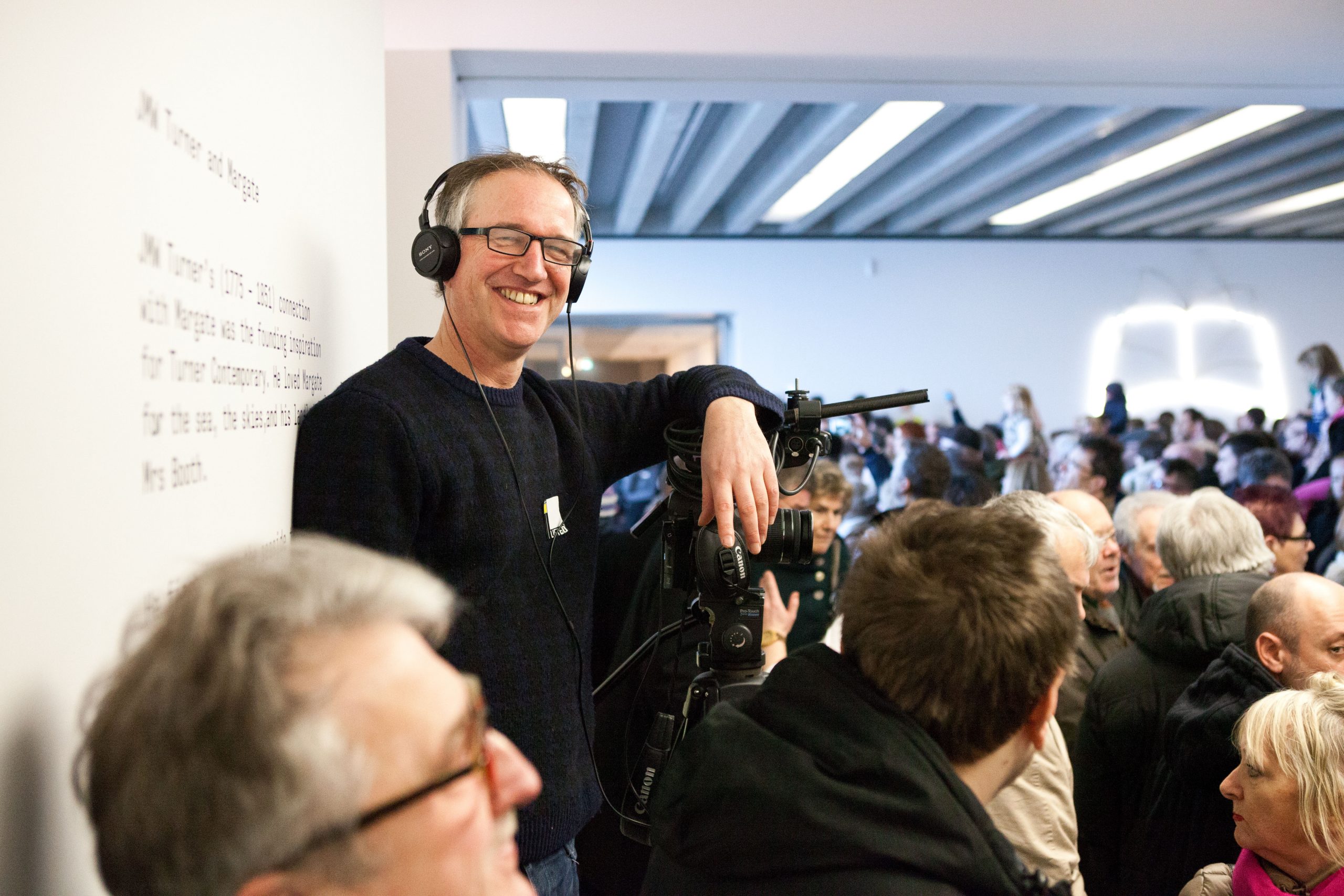 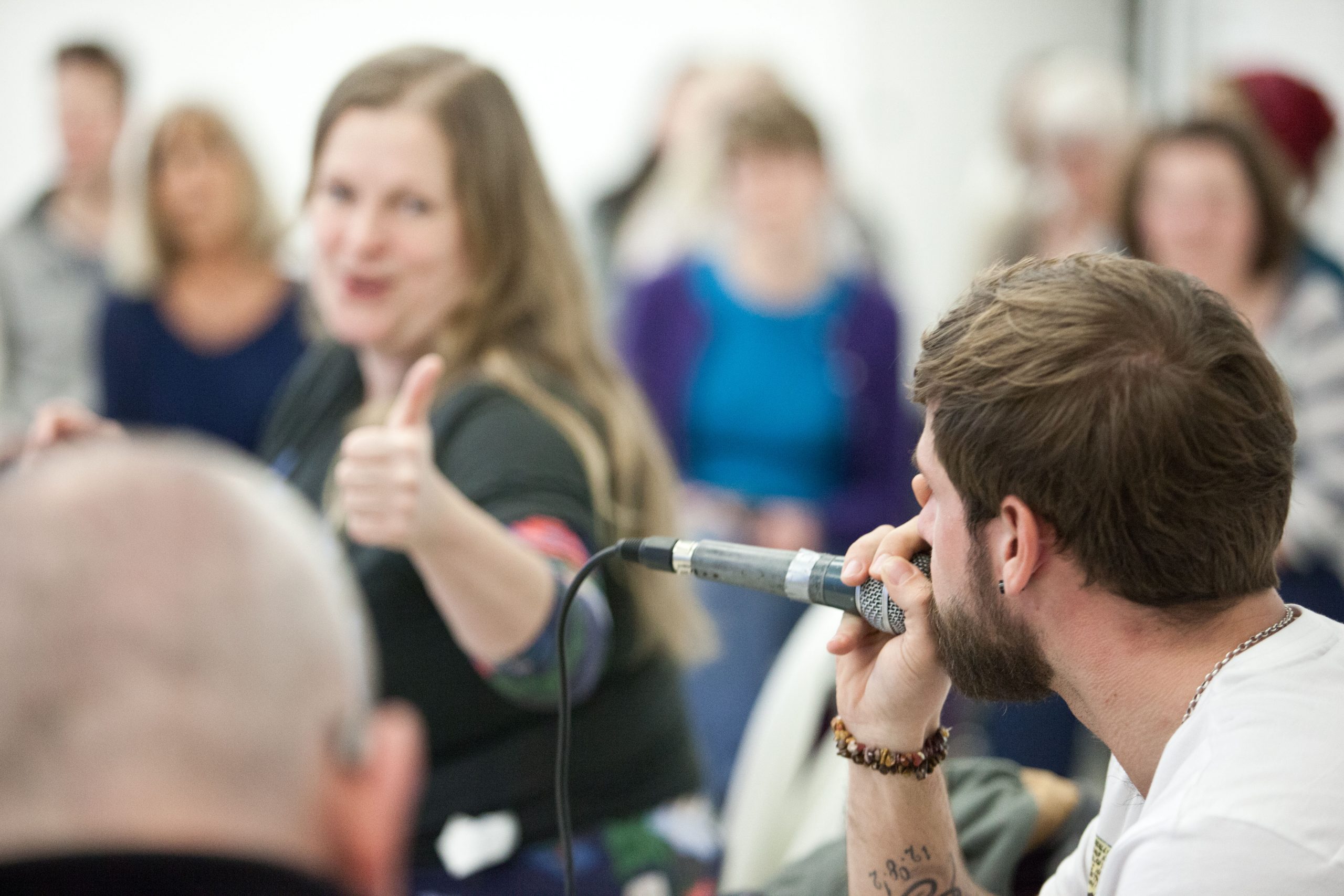 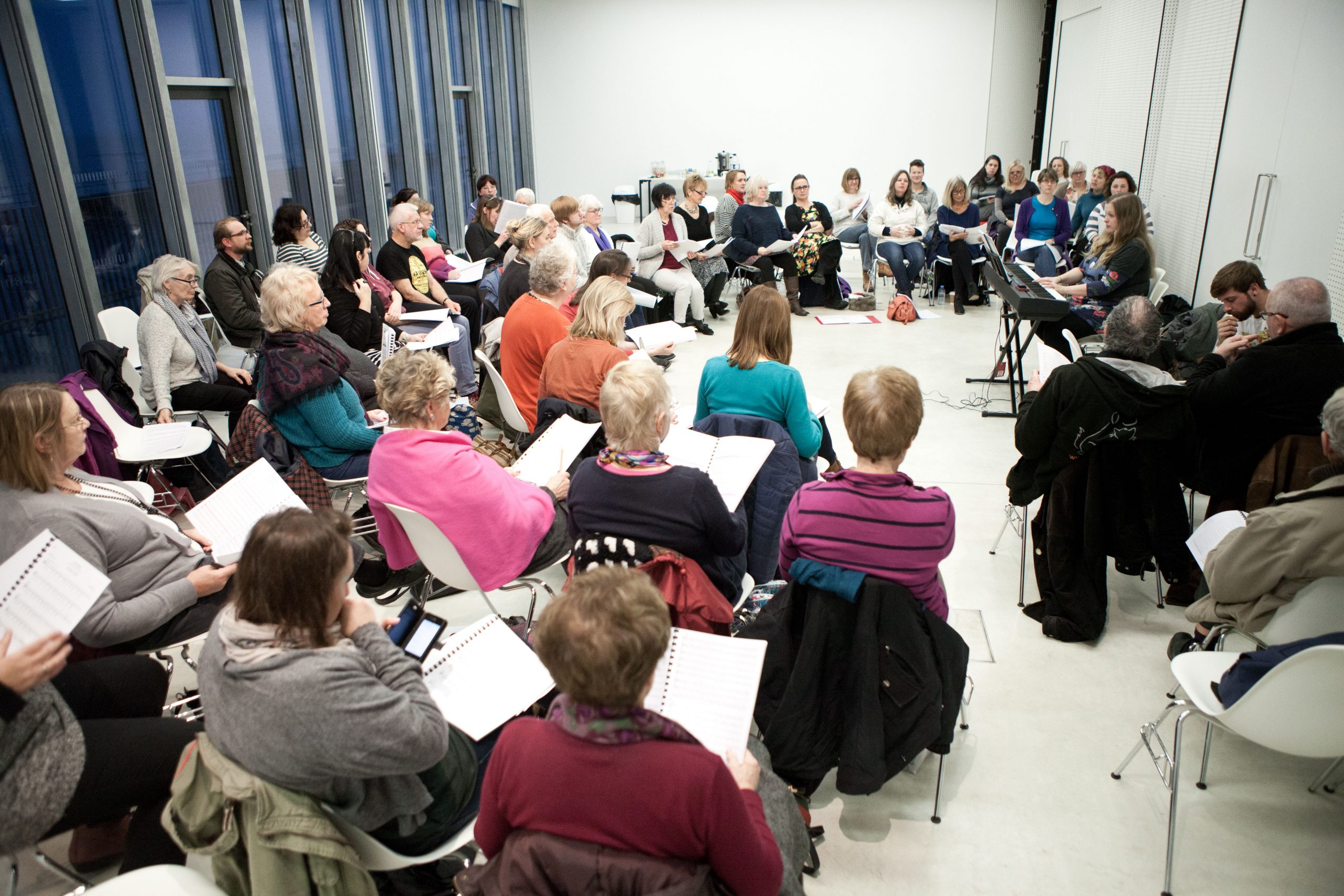 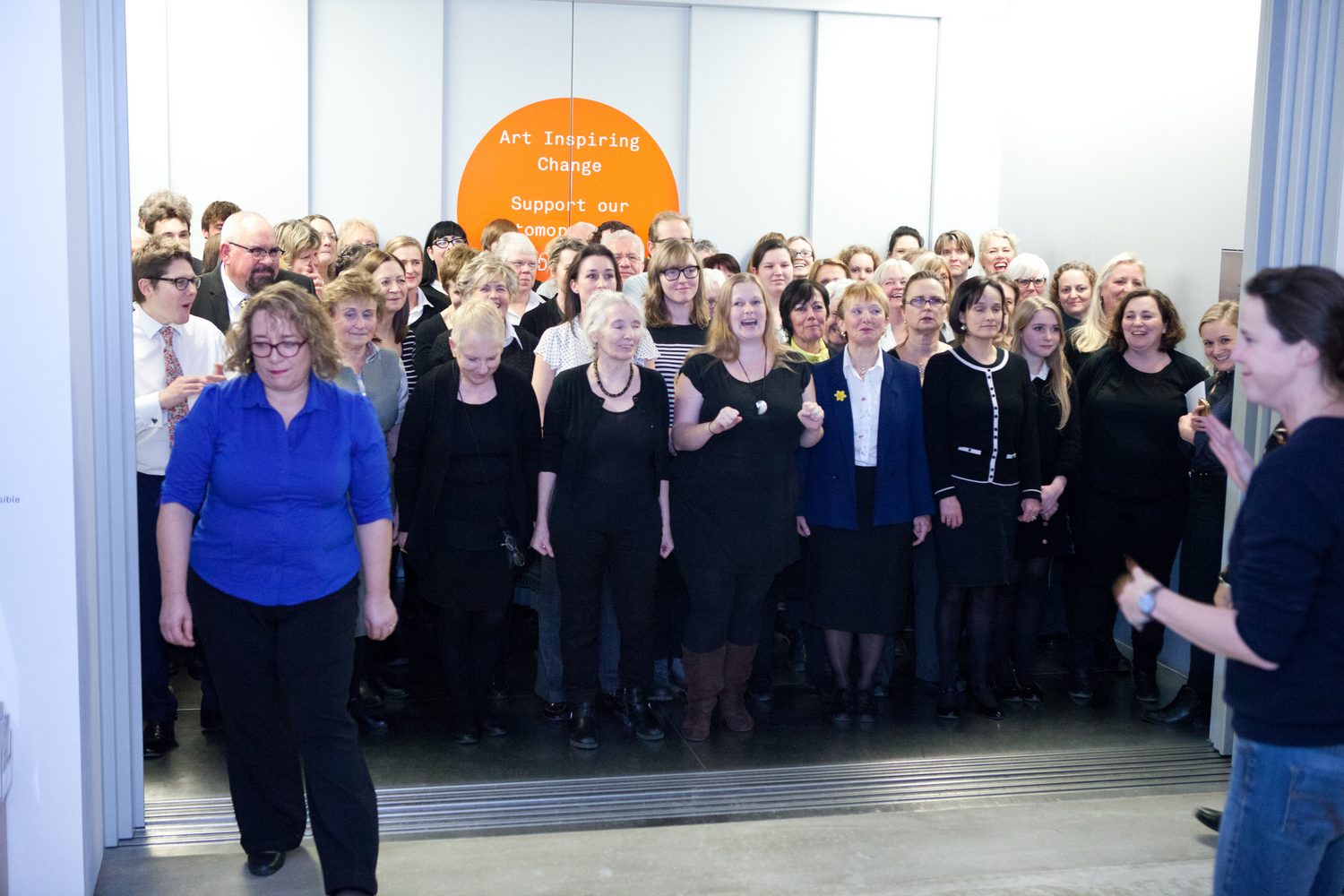 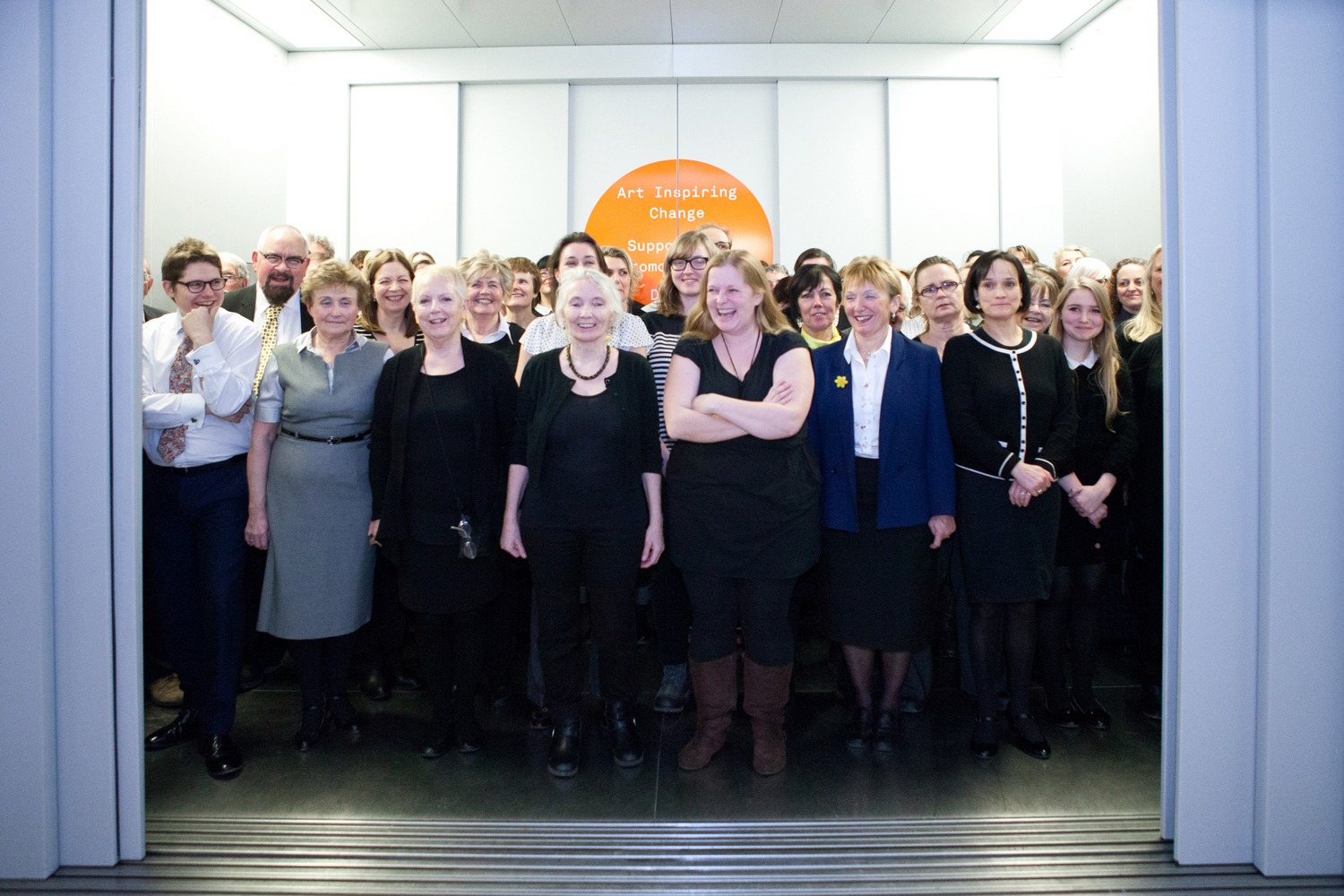 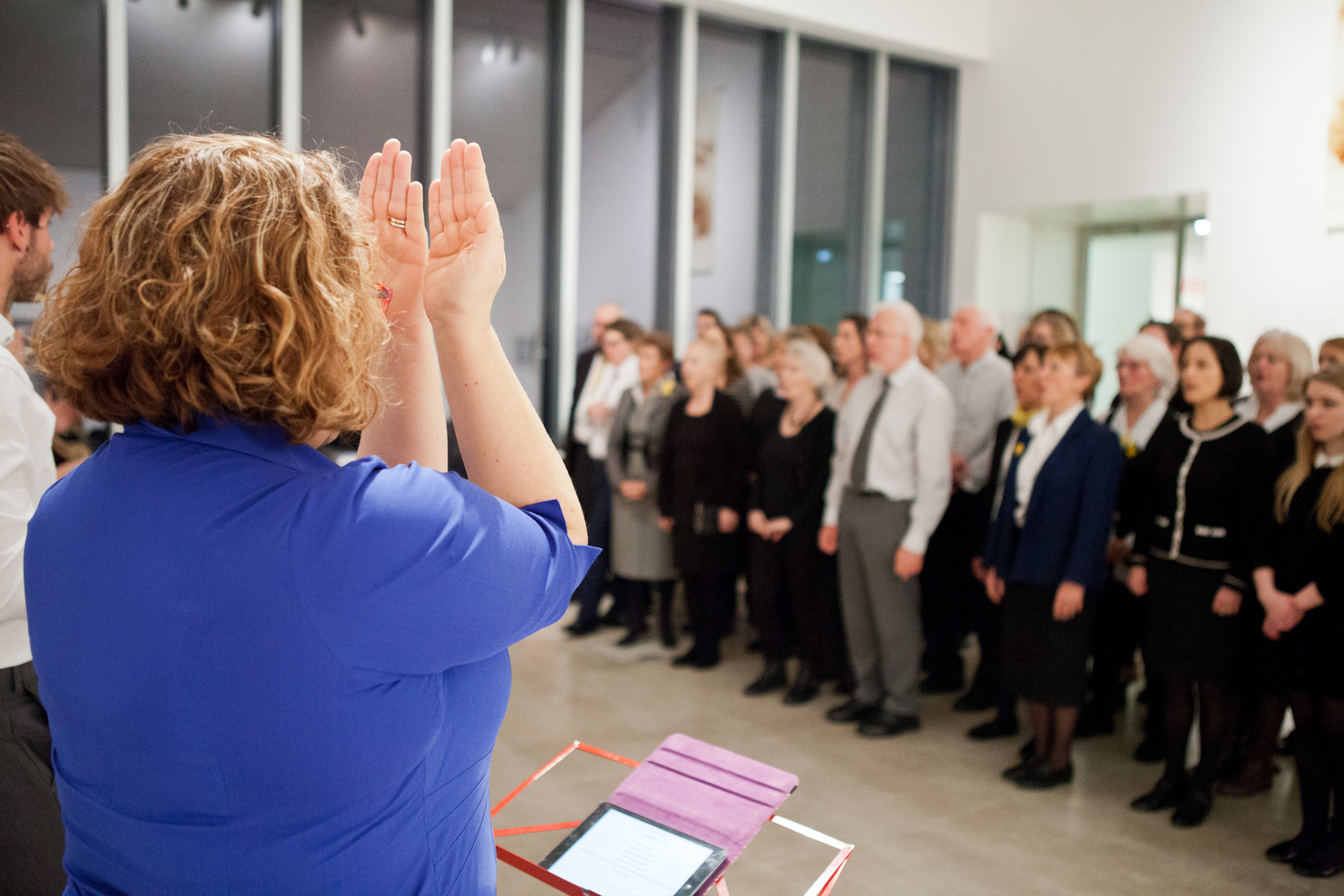 17 January 2016: Premiere at Turner Contemporary as a part of the exhibition: RISK. Performed by a project community choir of 70 singers and beat boxer.

13 February 2016: Performances in Asda supermarket in Folkestone as part of Profound Sound Festival of Experimental Music by Folkestone Fringe. Performed by 16 singers and beat boxer.

1 July 2017: Performed at Chorus Festival in the Royal Festival Hall lifts at Southbank Centre, London. Performed by 51 singers from Voicelab and beat boxer in 2 lifts, synchronised by stop-watch.

“I absolutely loved it – came especially to see it, and it was worth the trip from Yorkshire!” – Audience member, Southbank / Royal Festival Hall, July 2017

“I was making a very rare trip out to shop yesterday in my local Asda store and was greeted by your choir as I entered the corridor to the lift. I simply wanted to thank you all for making my trip out somewhat less stressful and bringing a smile to the rest of my day. The choir was so great I couldn’t resist watching a second time. I suffer depression, anxiety and chronic fatigue syndrome so I rarely go out and this truly ‘lifted’ me. Thank you so much” – Audience member, Asda, February 2016

“An unusual piece that makes you think about your thoughts while in a lift. True to life lyrics and thought provoking” – Audience member, Turner Contemporary, January 2016

“Liked the fact that the singers were dressed in work clothes and expressionless – just how a group of strangers in a lift at work would be!” – Audience member, Turner Contemporary, January 2016

“Very well performed, a piece I would like to hear again, as the words, music and setting were effective and dramatic – a clever idea” – Audience member, Turner Contemporary, January 2016